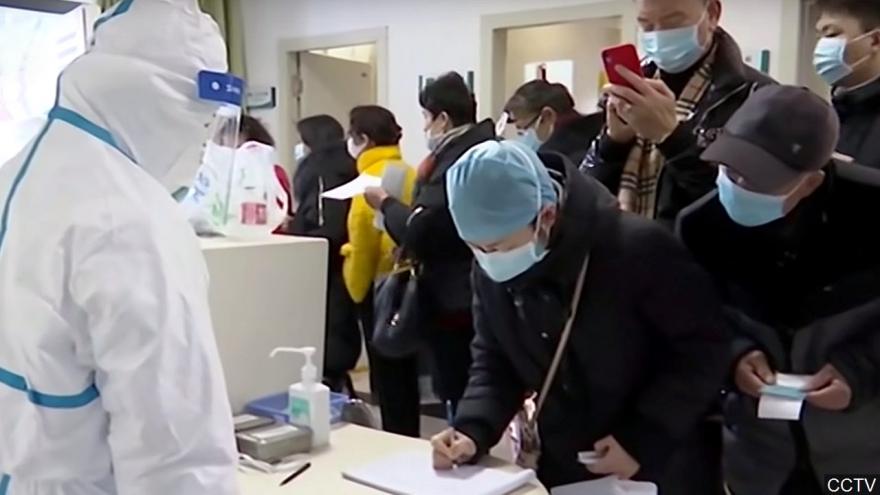 (CNN) -- Airlines based in North America, Europe and Asia are canceling flights to China as authorities there seek to contain the spread of the Wuhan coronavirus.

British Airways, United Airlines, Air Asia, Cathay Pacific, Air India and Finnair have announced plans to slash the number of flights they are operating to China or stop flying to the country entirely. Other airlines are offering customers refunds on flights to China.

Airlines are taking action as thedeadly coronavirus continues to spread. The virus has killed 132 people and infected over 6,000 people in China so far, with dozens more cases confirmed in places such as the United States, Japan, Germany and France.

British Airways, which is owned by International Airlines Group, said Wednesday that it has suspended all direct flights between Britain and China with immediate effect after the UK Foreign Office warned against all but essential travel to China.

The carrier operates two daily direct flights from London to China — one to Beijing (PKX) and one to Shanghai (PVG). The airline said it had suspended the flights until January 31 while it assesses the situation, but they were unavailable to book online through February 29. Passengers can still book BA flights to mainland China via connections in cities such as Hong Kong.

The carrier's move comes a day after United Airlines temporarily reduced its schedule between the United States and three cities in China.

The US airline said in a statement Tuesday that "significant decline in demand" had forced it to suspend flights from February 1 through February 8 between its US hubs and Beijing, Hong Kong and Shanghai.

The Hong Kong government said in a statement that four local airlines, including flagship carrier Cathay Pacific, would gradually reduce the number of flights between the city and 24 destinations in China from 480 flights per week to 240 per week. The reduction will be in effect "until further notice."

Air Canada, which has 33 weekly flights to China, has also canceled select flights due to a reduction in demand.

Air Asia, which has flights from Thailand and Malaysia to Wuhan, the epicenter of the coronavirus outbreak, said it has suspended all flights to the city until February 29.

Air India said on Twitter that its flight between Shanghai (PVG) and Mumbai, which goes via Delhi, has been canceled from January 31 to February 14.

Finland's Finnair is canceling three weekly flights between Helsinki and Beijing (PKX) between February 5 and March 29, and two weekly flights between Helsinki and Nanjing (NKG) between February 8 and March 29, because of the suspension of group travel by Chinese authorities. It will continue to operate flights to Beijing (PEK), Shanghai (PVG), Hong Kong (HKG) and Guangzhou (CAN).

Qatar Airways and Malaysia Airlines have not suspended flights, but passengers and crew traveling from China will be subjected to additional screening at airports.

Virgin Atlantic, Lufthansa, Air France-KLM and Austrian Airlines said they are monitoring developments but continue to fly to China.