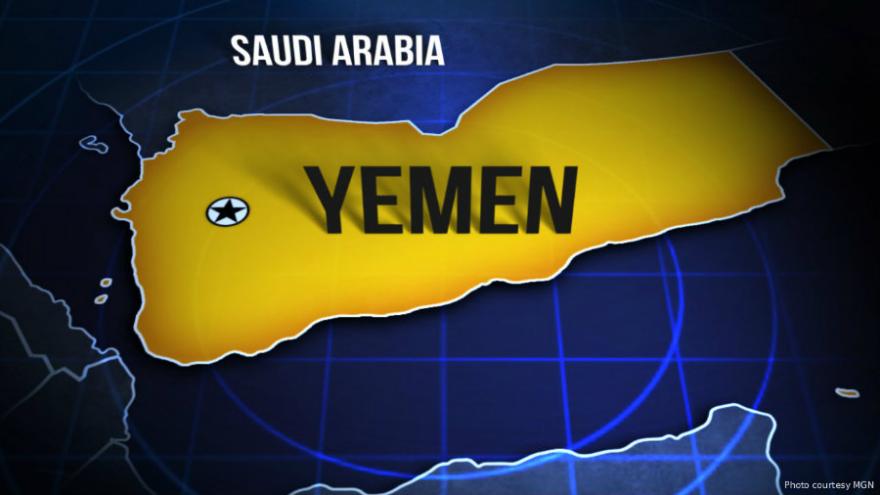 (CNN) -- At least 33 people were killed and 41 wounded after airstrikes hit a wedding party in northwest Yemen on Sunday night, medic Abdullah Nusari and a municipal official told CNN.

The Saudi-led coalition which has been fighting Yemen's Houthi rebels said it was investigating the incident.

"We take this report very seriously and it will be fully investigated as all reports of this nature are. Whilst this is ongoing, it would be inappropriate to comment further," coalition spokesman Colonel Turki al Maliki told CNN.

A coalition led by Saudi Arabia has been fighting Iranian Houthi rebels in Yemen for more than two years.

The strike wounded 32 children, according to the head of the Al-Jimhori hospital in Hajja .

Graphic video of the airstrike's aftermath released by Houthi-run media showed a young boy clinging to his father's corpse and crying as medics tried to pull him away.

CNN could not independently verify the authenticity of the video.

The Yemen war began in early 2015, when Houthi rebels drove the US-backed government of President Abdu Rabbu Mansour Hadi out of the Yemeni capital of Sanaa.

Saudi-led coalition airstrikes are behind 61% of all civilian casualties in Yemen's war, according to the UN human rights office. Indiscriminate shelling and sniper fire by Houthi rebels in heavily populated areas accounted for most of the remaining dead and wounded, a UN statement added.