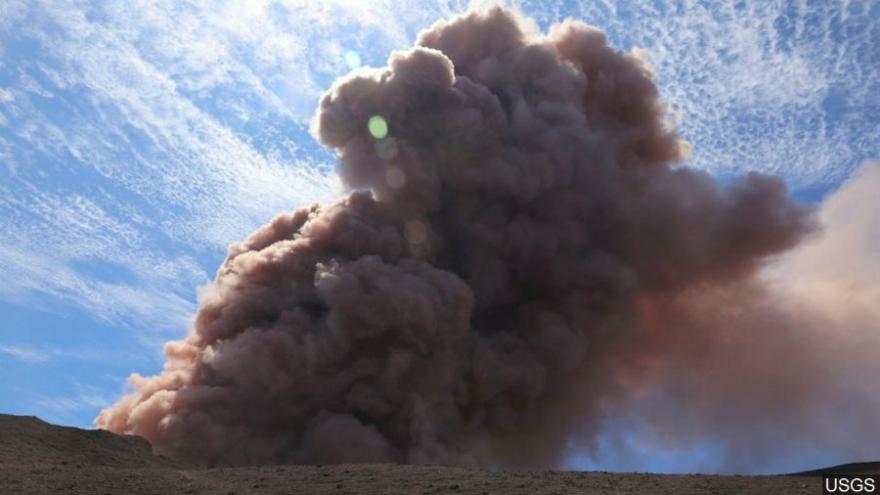 (CNN) -- An explosion at an Alaskan volcano has prompted authorities to raise its threat level to orange.

Local seismic and infrasound sensors recorded the small explosion Friday night at Mount Cleveland, which is in the Aleutian Island range southwest of mainland Alaska, the Alaska Volcano Observatory said.

The explosion produced a small ash cloud reaching up to 22,000 ft above sea level, the observatory said an aviation advisory.

A few small earthquakes were also recorded at the volcano during the previous several days.

An orange alert means the volcano is "exhibiting heightened or escalating unrest" according to the AVO.