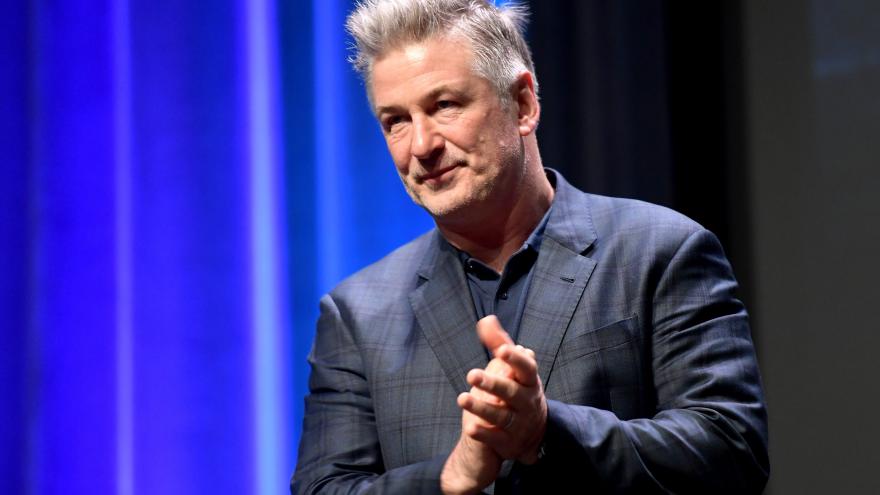 (CNN) -- Alec Baldwin is suing the man he got into a dispute with over a parking spot, claiming the man lied to police about the encounter and made defamatory statements about the actor.

In a lawsuit filed Friday, attorneys for Baldwin said Wojciech Cieszkowski falsely told police Baldwin punched him in the face during a 2018 argument over a parking space in New York, which ultimately led to the actor's arrest.

"When two New Yorkers get into an argument over a parking space, typically what happens is they exchange a few sharp words and then move on with their lives. But that is not what happened here," the lawsuit reads. "Cieszkowski has instead made up a false story about the encounter and refused to move on unless Baldwin succumbs to his extortionate demands."

Cieszkowski sued Baldwin in March this year, alleging the actor "violently assaulted" him and punched him in the face. Cieszkowski said he suffered physical pain and psychological trauma as a result of the dispute. He claims Baldwin "shoved him hard in the chest with both hands" and later "struck" his left jaw.

In May, the actor filed a motion to dismiss the lawsuit against him, saying he had video showing he never struck Cieszkowski's face. The case is currently stayed while Baldwin's motion awaits a ruling by the court.

In the lawsuit filed Friday by Baldwin, the actor accuses Cieszkowski of exaggerating his injuries, saying that while Cieszkowski accused the actor of "shoving him hard in the chest with both hands," Baldwin only lightly pushed the man with one hand.

Baldwin admitted to pushing Cieszkowski a second time but maintained he did not punch him.

"Cieszkowski wants a fortune to remedy his supposed injuries from that 'assault,'" the lawsuit reads. "Yet the doctors who saw him immediately after the incident thought he needed, at most, one dose of Tylenol."

Baldwin alleges in the lawsuit that he suffered damages as a result of false and defamatory statements Cieszkowski made to law enforcement, the news media and the general public.

Cieszkowski's lawyer, Doug Lieb, responded to the lawsuit in a statement to CNN.

"We see Mr. Baldwin's absurd lawsuit as a desperate tactic designed to silence Mr. Cieszkowski," Lieb said. "Mr. Cieszkowski won't be deterred from holding Mr. Baldwin accountable for his bullying. Mr. Cieszkowski looks forward to his day in court before a jury of ordinary people like him."

After the incident in November 2018, Baldwin was arrested and charged with attempted assault in the third degree and harassment in the second degree. In January, Baldwin pleaded guilty to a violation of harassment, the Manhattan district attorney's office said.

Given that the violation was not a crime under New York law, the actor did not serve time or receive probation, though he was required to participate in a short-term anger management program.

Baldwin has made headlines in the past for his temper.

In 2011, the "30 Rock" actor was booted from an American Airlines flight after refusing to turn his cell phone off for departure. The next year, he clashed with a photographer after obtaining a marriage license with his then-fiancée, Hilaria Thomas.

And in 2014, the actor was arrested in New York after police said he rode his bike the wrong way on a street and yelled at officers.