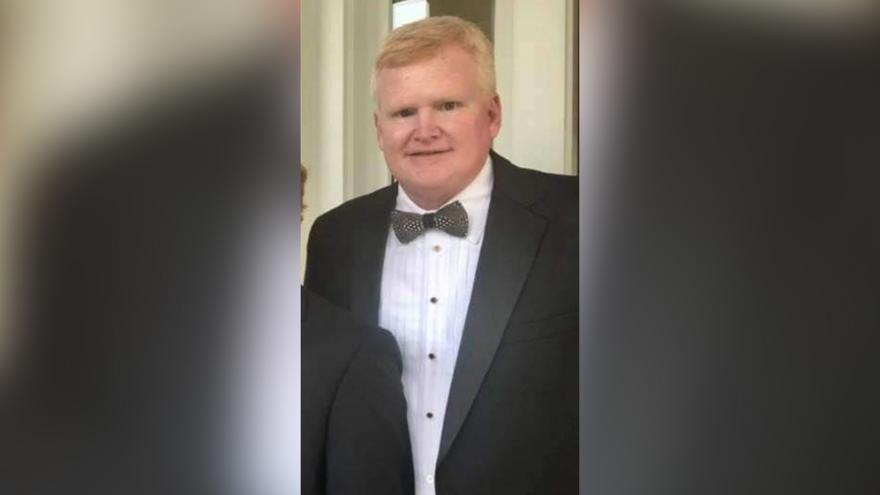 Alex Murdaugh is expected to turn himself in Thursday. - Family Friend

(CNN) -- Alex Murdaugh, a South Carolina lawyer whose wife and son were killed in June, was arrested Thursday in connection to an insurance fraud scheme that court documents say involved Murdaugh arranging for his own killing so his surviving son could collect the life insurance payout.

He faces charges of insurance fraud, conspiracy to commit insurance fraud and filing a false police report, according to a statement from the South Carolina Law Enforcement Division. The case will be prosecuted by the state Attorney General's office.

A SUV containing Murdaugh pulled up to the Hampton County Law Enforcement Center late Thursday morning, and Murdaugh was seen exiting the vehicle shortly after it pulled through a gate.

"I can assure you that SLED agents will continue working to bring justice to anyone involved with any criminal act associated with these ongoing investigation," SLED Chief Mark Keel said in the statement. "The arrests in this case are only the first step in that process."

The killings of his wife and son on June 7 have not been solved, and Murdaugh has denied responsibility.

Murdaugh was shot in the head on a roadway September 4 but survived. A family spokesperson had previously blamed the shooting on an unidentified man in a blue truck. But Murdaugh admitted to authorities on Monday that he had conspired with a man -- identified by police as Curtis Edward Smith, a former client of Murdaugh -- to kill him as part of the scheme, according to an affidavit to support charges against Smith.

Murdaugh decided to end his own life but believed his life insurance policy had a suicide exclusion, his other attorney Dick Harpootlian told NBC's "Today Show," and that the scheme "was an attempt on his part to do something to protect" his eldest and only living child.

Murdaugh appeared in court Thursday, where Hampton County Magistrate Judge Tonja Alexander set a $20,000 personal recognizance bond. Murdaugh was required to surrender his passport to SLED and sign a waiver of extradition.

Harpootlian said in court that Murdaugh would be returning to an out-of-state rehabilitation center where he's being treated for an opioid addiction that Harpootlian says contributed to his financial issues.

Murdaugh entered court handcuffed, wearing a beige prison jumpsuit and a mask, his glasses perched on top of his head. At one point Murdaugh appeared to wipe tears from beneath his glasses while Harpootlian described the killings of his wife Margaret and son Paul and the toll their deaths had on him.

"He has fallen from grace," Harpootlian said. "But before any of that falling happened, his wife and son were brutally murdered, and that has had an extraordinary effect on him. So we'd ask you to allow him to go and help heal himself."

If Murdaugh leaves the facility without permission, the judge said, his bond will be revoked and a bench warrant will be issued for his arrest.

Smith, 61, was charged Wednesday with assisted suicide, assault and battery of a high and aggravated nature, pointing and presenting a firearm, insurance fraud and conspiracy to commit insurance fraud, according to the South Carolina Law Enforcement Division.

On Thursday, Hampton County Magistrate Judge Alexander set bond for Smith at $55,000. Asked if he was interested in a public defender, Smith replied, "I'm probably going to look at one, yes," adding he would likely apply for one early next week.

Alexander ordered Smith to appear for roll call on October 25 at the Hampton County courthouse. Smith must obtain an attorney within 15 days or his bond will be revoked, Alexander said, and he must keep the court notified of any changes of address.

Smith had a separate bond hearing Wednesday in Colleton County and received a $5,000 cash surety bond for a meth charge and a personal recognizance bond for a marijuana charge. He was transferred to Hampton County custody Wednesday afternoon, authorities said.

After he was shot September 4, Murdaugh called 911 to report he had been shot on a road in Hampton County, according to SLED, and he was taken to a hospital in Savannah, Georgia.

Authorities initially described Murdaugh's injury as a "superficial gunshot wound to the head," though Murdaugh's attorneys said his skull was fractured in the shooting.

Murdaugh allegedly provided Smith with a firearm and directed Smith to shoot him in the head. Smith admitted Tuesday to being present at the shooting and to disposing of the firearm afterward, the affidavit states.

Murdaugh had represented Smith as his attorney on at least two occasions dating back to 2010, according to court records from the Colleton County 14th Judicial Circuit. He first represented Smith in a personal injury lawsuit that Smith brought against a land management company. Murdaugh is also listed as Smith's attorney for a 2013 traffic infraction, the court documents show.

Murdaugh's arrest Thursday is the latest development in what's become a sprawling, high-profile crime saga unfolding in the southern region of the Palmetto State, where the Murdaugh family has been a powerful legal dynasty for decades.

Over 87 consecutive years, three generations of Murdaughs served as the 14th Circuit Solicitor, an office that controls the prosecutions in Allendale, Beaufort, Colleton, Hampton and Jasper counties.

Tragedy first struck in early June, when Alex Murdaugh's wife and son, Margaret and 22-year-old Paul, were shot dead outside the family's home in Islandton, about an hour north of Hilton Head Island, according to SLED. Colleton County Sheriff's deputies determined both victims had suffered multiple gunshot wounds.

At the time of his death, Paul Murdaugh was facing charges of boating under the influence (BUI), causing great bodily harm and causing death in connection to a 2019 boat crash that claimed the life of 19-year-old Mallory Beach, court records show. Paul had pleaded not guilty and court records show the charges were dropped after his death.

About two weeks after the killings, SLED announced that, based on information gathered in the course of the investigation, it was reopening an investigation into the death of Stephen Smith, a 19-year-old whose body was found on a Hampton County road in 2015.

Then, on Wednesday, SLED said it was opening a criminal probe into the death of the Murdaugh's housekeeper in February 2018. Gloria Satterfield, who spent more than two decades working for the family, died in what was described as a "trip and fall accident" at the Murdaugh home, according to the attorney representing her estate, Eric Bland.

The investigation was opened, SLED said, at the request of the Hampton County coroner, who highlighted inconsistencies with Satterfield's stated manner of death, as well as information gathered during SLED's other ongoing investigations involving Alex Murdaugh.

"The decedent's death was not reported to the Coroner at the time, nor was an autopsy performed," the coroner's request to SLED said. "On the death certificate the manner of death was ruled 'Natural,' which is inconsistent with injuries sustained in a trip and fall accident."

Murdaugh's shooting September 4 came a day after he resigned from his law firm following allegations he had misappropriated funds. Two days later, he released a statement saying he was entering rehab and that his law license had been suspended.