Alex Murdaugh, who is expected to turn himself in Thursday, is the subject of multiple investigations in South Carolina 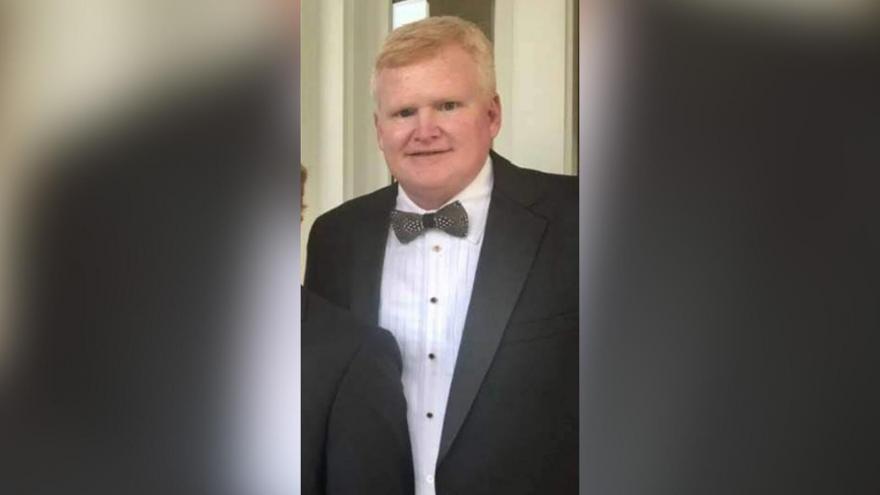 Alex Murdaugh is expected to turn himself in Thursday.

(CNN) -- Alex Murdaugh, the South Carolina lawyer whose wife and son were shot and killed in June, plans to voluntarily surrender to police Thursday on charges related to a subsequent insurance fraud scheme, his lawyer told CNN.

According to court documents, Murdaugh arranged for a former client to kill him so that his surviving son could collect a life insurance payout of about $10 million.

One of Murdaugh's lawyers, Jim Griffin, told CNN that they have been informed an arrest warrant has been issued for Murdaugh on charges of conspiracy to commit insurance fraud. Murdaugh plans to voluntarily surrender at the Hampton County jail by 2 p.m., according to Griffin.

Murdaugh was shot in the head on a roadway September 4 but survived. A family spokesperson had previously blamed the shooting on an unidentified man in a blue truck. However, Murdaugh admitted to authorities Monday that he had conspired with a man -- identified by police as Curtis Edward Smith -- to kill him as part of the scheme, according to an affidavit to support charges against Smith.

Murdaugh decided to end his own life but believed his life insurance policy had a suicide exclusion, his other attorney Dick Harpootlian said, and that the scheme "was an attempt on his part to do something to protect" his eldest and only living child.

Additionally, state investigators have announced the opening of two other investigations regarding the 2015 unsolved death of a teen as well as the 2018 death of the Murdaugh family's housekeeper.

The killings of his wife and son on June 7 have not been solved, and Murdaugh has denied responsibility.

The South Carolina Law Enforcement Division (SLED) announced on Wednesday that it was opening a criminal investigation into the February 2018 death of Gloria Satterfield and the handling of her estate.

Satterfield was the Murdaugh family housekeeper for more than two decades before dying in 2018 after what was described as a "trip and fall accident" at the Murdaugh home, according to attorney Eric Bland, who is representing her estate.

SLED said it is opening an investigation based upon a request from the Hampton County coroner that highlights inconsistencies in the ruling of Satterfield's manner of death, as well as information gathered during SLED's other ongoing investigations involving Murdaugh.

"The decedent's death was not reported to the Coroner at the time, nor was an autopsy performed. On the death certificate the manner of death was ruled "Natural," which is inconsistent with injuries sustained in a trip and fall accident," the coroner's request to SLED said.

Bland told CNN's Chris Cuomo on Wednesday that following her death, her family trusted Murdaugh to help them bring a lawsuit against himself on behalf of the estate.

"Certainly there were questions by my clients because after she unfortunately fell, she was airlifted to a hospital and she had a traumatic brain injury, she never was able to communicate with them for the next three weeks until she died," Bland told Cuomo. "So, it was Alex Murdaugh who told the story of that she had tripped and fell down the stairs over his dogs."

"They trusted him," Bland said. "He hand-walked them to his best friend and college roommate to bring a lawsuit against himself on behalf of the estate."

According to Bland, a number of claims were made which all contributed to a settlement, but none of those settlements ever ended up in court, except one for around $500,000 from Lloyds of London insurance.

"There's no court orders approving any of these settlements. And it's required under the law, if you have a wrongful death or survival case, a judge has to approve the settlements. None of that exists in the court record, and our clients never found out that these cases had settled these claims, until it was printed in the paper by investigative reporters," Bland said.

According to the attorney, the claims were settled for more than $2 million, of which his clients have received no part. "It's our job to get them answers, and get them their money back," Bland added.

In addition, police on June 22 reopened the investigation into the 2015 death of Stephen Smith, 19, whose body was found in the road in Hampton County.

SLED said the probe was being reopened based on information gathered while investigating the double homicide.

The man who allegedly shot Murdaugh earlier this month was directed to do so by him, according to an affidavit.

Smith, 61, was charged Wednesday with assisted suicide, assault and battery of a high and aggravated nature, pointing and presenting a firearm, insurance fraud and conspiracy to commit insurance fraud, according to SLED.

Murdaugh was not fatally wounded when he was shot September 4. Afterward, he called 911 to report he had been shot on a road in Hampton County, according to SLED, and he was taken to a hospital in Savannah, Georgia.

Authorities initially described Murdaugh's injury as a "superficial gunshot wound to the head," though Murdaugh's attorneys said his skull was fractured in the shooting.?

Murdaugh allegedly provided Smith with a firearm and directed Smith to shoot him in the head. Smith admitted Tuesday to being present at the shooting and to disposing of the firearm afterward, the affidavit states.

It's not clear whether Smith has retained legal counsel. The Colleton County Sheriff's Office said Smith had a bond hearing on Wednesday morning and received a $5,000 cash surety bond for the meth charge and a personal recognizance bond for the marijuana charge. He was transferred to Hampton County custody on Wednesday afternoon, authorities said.

Murdaugh had represented Smith as his attorney on at least two occasions dating back to 2010, according to court records from the Colleton County 14th Judicial Circuit.

He first represented Smith in a personal injury lawsuit that Smith brought against a land management company, and Murdaugh is also listed as Smith's attorney for a 2013 traffic infraction, the court documents show.