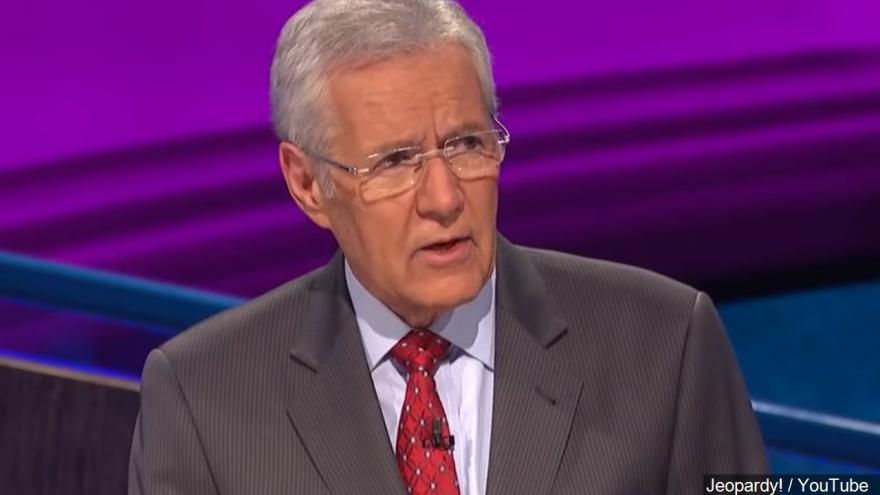 (CNN) -- Longtime "Jeopardy" host Alex Trebek doesn't need more than half a minute to end his 35-year tenure on the TV series.

In an interview with ABC News, Trebek said he may not host the long-running game show for much longer. He didn't disclose when he'll stop appearing on the series, but he knows how he'll say goodbye to his loyal viewers.

"I've kind of, in my mind, rehearsed it already, and what I would do on that day is tell the director, 'Time the show down to leave me 30 seconds at the end. That's all I want,'" he said.

He went on: "Don't ask me who's going to replace me because I have no say whatsoever. But I'm sure that if you give them the same love and attention and respect that you have shown me ... then they will be a success and the show will continue being a success. And until we meet again, God bless you and goodbye."

Trebek, who's hosted "Jeopardy" since 1984, was diagnosed with stage 4 pancreatic cancer in March. He's undergone several rounds of chemotherapy since then and promised fans he'd continue hosting the show "as long as [his] skills have not diminished."

But Trebek sees the silver lining of his diagnosis: The overwhelming support from contestants and fans.

"Because of the cancer diagnosis, it's no longer an open-ended life; it's a closed ended life because of the terrible survival rates of pancreatic cancer," he said in the same interview. "Because of that, and something else that is operating here, people all over America and abroad have decided they want to let me know now, while I'm alive, about the impact that I've been having on their existence."