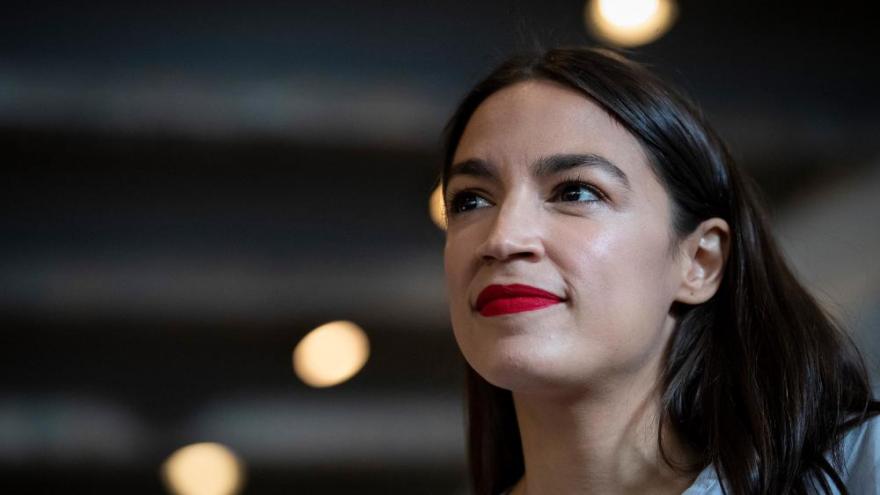 Freshman Democratic Rep. Alexandria Ocasio-Cortez, who has become a national progressive icon in her first-term in office, will defend her congressional seat in a New York Democratic primary election on Tuesday.

The district, which includes parts of the Bronx and Queens, is heavily Democratic and considered to be a reliably blue seat. It was formerly held for years by veteran Democrat Joe Crowley, who Ocasio-Cortez defeated in a major upset in the 2018 midterm elections.

Ocasio-Cortez, who has in her first term in office become a national progressive icon, had significant advantages in the race, including strong national name recognition, devoted supporters and significant fundraising. She had raised more than $10.5 million, an amount that vastly exceeds the fundraising totals of any of her challengers.

In comparison, Caruso-Cabrera had raised more than $2 million, according to the latest data from the Federal Election Commission.

The Democratic primary match-up had attracted national media attention, in part, because of the congresswoman's major national profile.

Ocasio-Cortez told CNN in March that "it's everyone's right to enter the race" when asked about primary challengers, but added that "anyone who poses a challenge gets kind of automatically platformed by Republican and far-right publications and they can fundraise off of it.

There are major ideological differences between Ocasio-Cortez and Caruso-Cabrera.

Caruso-Cabrera argued that Ocasio-Cortez is "M.I.A." and cares more about building a national profile than her constituents. In an interview with CNN, she said the congresswoman "wants to be a national star," adding, "I want to be a congresswoman for the people of the Bronx and Queens."

Ocasio-Cortez told CNN in March in response to accusations she isn't focused on her district, "Really, it just makes the person sound tone deaf because if you think I'm not around, the person who's not around is you, because you don't see us and we're everywhere. But if they want to go out and say things that are not true and run a Trump-ian style campaign, that's on them."

The congresswoman and her campaign have portrayed Caruso-Cabrera as a candidate backed by corporate interests and Trump allies, highlighting media reports that financial executives and pro-Trump donors have contributed to Caruso-Cabrera.

Ocasio-Cortez has also gone after her primary opponent for having once been a registered Republican and living in a Trump Tower apartment in Manhattan before moving to the district last year.

In response, Caruso-Cabrera has argued she is more committed to the district than the congresswoman and has said she is a true Democrat, while calling Ocasio-Cortez a Democratic socialist.

"I am a real Democrat," Caruso-Cabrera told CNN, adding that residents of the district "don't want revolution."

As she argued the congresswoman is absent from the district, Caruso-Cabrera repeatedly attacked Ocasio-Cortez for staying in Washington for a week after the pandemic hit, despite Congress not being in session. Ocasio-Cortez has pushed back, saying she only did so because she felt unwell.

During a virtual debate in June, the congresswoman said she has hosted and attended over 200 events in the district, including 17 town halls, and organized 235,000 constituent check-in calls and delivered over 3,000 bags of groceries to constituents during the pandemic.