All Marines are now allowed to use umbrellas 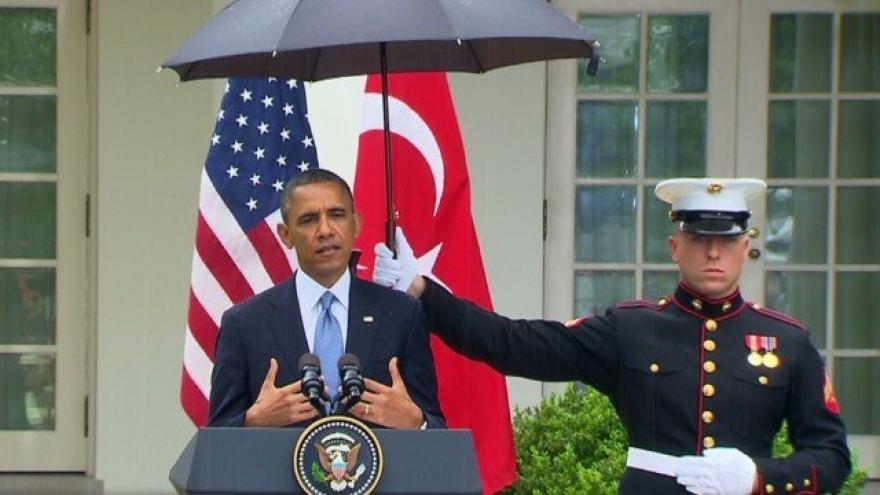 A Marine held an umbrella above then-President Barack Obama during a press conference with Recep Tayyip Erdogan, Turkey\'s prime minister, in 2013, as storm clouds unleashed a shower of rain. Source: CNN
By Leah Asmelash, CNN

(CNN) -- All Marines now have the right to bear umbrellas, for the first time in their more than 200-year history.

Prior to the recent updates in uniform regulations, women in the Marines were allowed to use umbrellas, but the men were not. That rule changes now.

Umbrellas were not allowed in part due to their hindrance in saluting. The rule for women stipulated that umbrellas -- which had to be all-black -- must be carried in the left hand "so that the hand salute can be properly rendered," the regulations state.

That part isn't changing. The small umbrellas will still have to be all black and carried in their left hand to allow for a proper salute.

Marines carrying umbrellas has been a scarce sight.

Speaking to CNN at the time of the incident, Marine Corps spokesman Capt. Greg Wolf called the incident "extremely rare," only happening because the President needed it.

The umbrella rule isn't the only one that's changing. The Marines will also now allow women to wear silver stud earrings.