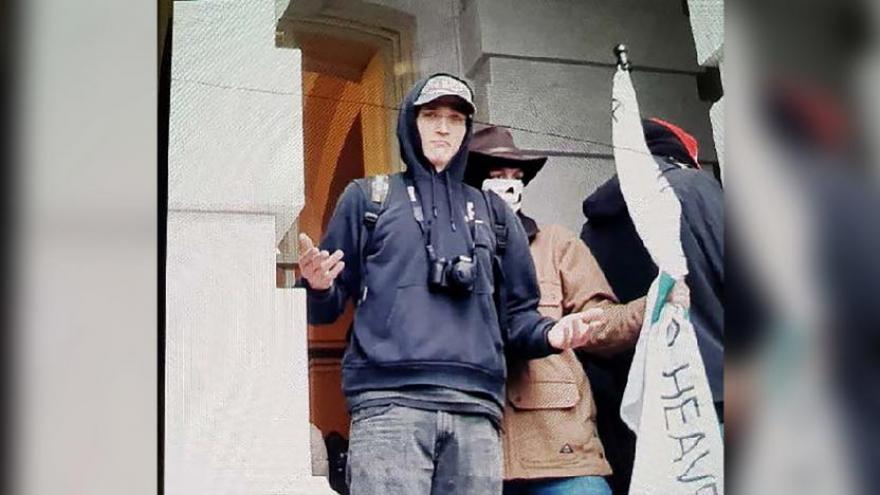 An alleged Capitol rioter who asked a judge to let him get married in Peru has withdrawn his request, according to new court filings.

(CNN) -- An alleged Capitol rioter who asked a judge to let him get married in Peru has withdrawn his request, according to new court filings.

The defendant, Troy Williams, reversed course after the Justice Department said it opposed his travel and called him a "flight risk."

Williams, from Kentucky, faces four criminal charges linked to the Capitol insurrection. He had asked a federal judge last week to let him travel to Peru later this month to get married. He previously told the court that his fiancé lives in Peru and they plan to get married in the South American country. The 25-year-old groom-to-be said he had a flight booked for February 23 and the trip would last about two weeks, according to court papers.

But federal prosecutors said Williams poses a "very real" flight risk and that the Centers for Disease Control and Prevention is telling Americans to avoid Peru anyway because of Covid-19.

"The cost of living in most parts of Peru is much lower than the United States, and once married, it would be very easy for him to start a new life, with his new spouse, and stay in Peru to avoid these criminal charges," prosecutors wrote.

"There is an extremely high risk that if the defendant even reaches Peru, he may be subject quarantine, indefinite detention inside Peru, or further delay or quarantine at connecting airports," prosecutors added.

According to court documents, Williams attended then-President Donald Trump's incendiary speech on the day of the insurrection, then joined a large crowd walking toward the Capitol. He later admitted to FBI agents that he had entered the Capitol twice during the hours-long assault, according to court documents, saying he had given in to the "herd mentality" of the pro-Trump mob.

Williams allegedly told the FBI, "I wasn't doing anything wrong or inciteful. We were a part of something, there's cops here, they tried to stop us, they are not letting us in, but not fighting us."