Alligator kills woman trying to protect her dog at resort 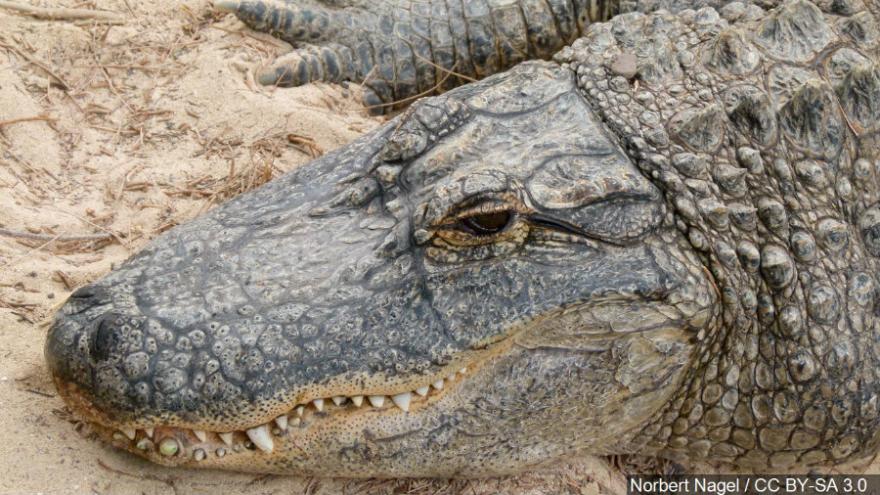 HILTON HEAD ISLAND, S.C. (AP) — A woman who often walked her dog near a golf course lagoon across the street from her vacation home was killed Monday by an alligator that dragged her into the greenish water at a private resort on the South Carolina coast.

Authorities said 45-year-old Cassandra Cline was trying to protect her pet border collie when she died not far from her home on Hilton Head Island.

Thomas DiMaio, who rents a house across the street from the scene of the attack, said he heard shrieks while he was in the shower but thought they were a bird. He went outside a half hour later to find a crowd gathering beside the road, where a bag of dog treats Cline had been carrying, one of her shoes and her hat dotted a trail leading to the water.

"It's really sad," said DiMaio, who often chatted with Cline as she walked her dog past the vacation home he's rented for several weeks in the Sea Pines Resort. "She didn't have any children. The dog was her child, I guess."

He said Cline and her husband divided their time between Hilton Head and their home near Syracuse, New York. DiMaio said he would see Cline and her dog walking two or three times daily, and the woman often carried a bag of treats she would feed to her pet.

"She was a very pleasant woman," DiMaio said. "Very friendly."

The 8-foot (2.5-meter) alligator was later found and killed, said David Lucas, a spokesman for the South Carolina Department of Natural Resources.

"She was walking the dog near the lagoon and the alligator came out of the water and tried to get the dog," Lucas said. "The lady tried to rescue the dog and a maintenance worker ran over to help."

Both were trying to save the dog, but the alligator dragged the woman into the water, he said.

A neighbor was caring for the dog Monday afternoon, sitting on Cline's front porch. She declined to comment to a reporter other than to say the dog was unharmed.

Residents of this resort island off the coast near the South Carolina-Georgia line say alligators are a fairly common sight — especially in the water hazards dotting Hilton Head's golf courses.

"We're cautious, but not necessarily scared," said Roy Sokotowski, who has owned a retirement home at Sea Pines for seven years. "Everybody knows if you have a small dog, you don't let them get near the water. I don't get near the water without looking for their eyeballs."

Barbara Brigham walks her dog, Pippen, along the same golf course — always making sure it's on a leash. She's heard of other people's dogs going missing on the island, but never of an alligator attacking a person.

More than a year ago, Brigham said, she was out walking when a gator emerged from a pond in front of her.

"It looked at me and I looked at it and we both ran in opposite directions," she said.

It's common practice to kill an alligator when one gets reported for an attack or other aggressive behavior, said Capt. Robert McCullough of the Department of Natural Resources. He said it will take some time before authorities determine if the alligator shot Monday is the one that killed Cline.

Since 1976, there have only been about 20 attacks on people in the state, he said. Until 2016, none of those attacks had been fatal. In 2016, a 90-year-old woman wandered away from a Charleston assisted living facility and was found dead in a pond.

Sea Pines said in a statement that it was helping to assist authorities. The resort is in the southern third of Hilton Head Island, located along 5,000 oceanfront acres (2,023 hectares), its website says.