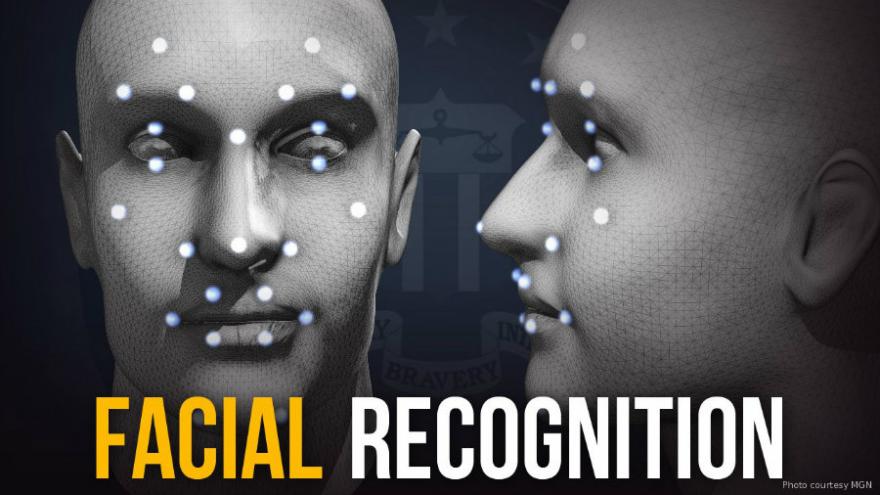 (CNN Money) -- More than two dozen civil rights organizations are calling on Amazon CEO Jeff Bezos to stop selling its facial recognition technology to the government, according to a letter made public Tuesday by the ACLU.

The technology, called Rekognition, uses artificial intelligence to identify the objects, people, scenes, and more from images or videos. An Amazon executive touted public safety as a "common use case" for the technology in one presentation. For example, it can be used by law enforcement to recognize and track suspects or "persons of interest" in real time.According to Amazon's website, later versions of the tool can identify up to 100 of the largest faces in an image, meaning it can pull out faces from a crowd.

While Amazon may be marketing the technology as a way for law enforcement to more easily catch criminals, civil rights organizations worry it could infringe on privacy rights and be used to target vulnerable populations.

The 41 activist groups and entities that cosigned the letter, which include the ACLU, Electronic Frontier Foundation, Freedom of the Press Foundation and Human Rights Watch, say the tech "is primed for abuse in the hands of governments."

"This product poses a grave threat to communities, including people of color and immigrants, and to the trust and respect Amazon has worked to build," the letter reads. "People should be free to walk down the street without being watched by the government. Facial recognition in American communities threatens this freedom."

Through the Freedom of Information Act, the ACLU obtained emails between Amazon employees and local law enforcement about the facial recognition technology and its usage.

In email correspondence between Amazon and one customer, the Washington County Sheriff's Office in Oregon,the department said it has roughly 300,000 images uploaded to Rekognition, most of which were from security cameras or pictures provided by citizens.

The Washington County Sheriff's office said it was using Rekognition to search and identify unknown theft suspects, unconscious or deceased individuals, people of interest who don't have identification, and leads for possible witnesses and accomplices, according to an email obtained by the ACLU.

Deputy Jeff Talbot, public information officer at Washington County Sheriff's Office, said in an email to CNNMoney that the technology has been in use for over a year. "During that time, [we] have been transparent and forthcoming so the local public knows what it is, and equally importantly, what it is not."

He said "a facial recognition match alone, no matter the percentage match, does not establish probable cause to arrest a suspect" and added images used by the system are ones that have been legally obtained. The sheriff's office pays between $6 and $12 per month to use the service.

"The Sheriff's Office does not use the technology for mass and/or real time surveillance. In fact, state law and our policy prohibits it for such use," he added.

In a statement, an Amazon spokesperson said, "Amazon requires that customers comply with the law and be responsible when they use [Amazon Web Services]. When we find that AWS services are being abused by a customer, we suspend that customer's right to use our services."

The spokesperson stressed that the technology can be used for many other purposes. For instance, it was used to identify guests attending the Royal Wedding last weekend.

"Our quality of life would be much worse today if we outlawed new technology because some people could choose to abuse the technology," the spokesperson added.

Amazon, which announced the tech in November 2016 for customers of its cloud computing platform Amazon Web Services, has publicly disclosed that Rekognition customers include the city of Orlando, Florida, as well as the Washington County Sheriff's Office in Oregon.

In Orlando, the technology is being used to search for "people of interest" in real time using surveillance footage throughout the city.

Orlando Police said it is not using the technology in an investigative capacity or in any public spaces "at this time."

"The purpose of a pilot program such as this, is to address any concerns that arise as the new technology is tested. Any use of the system will be in accordance with current and applicable law," spokespeople for the department said.

Amazon's promotional materials previously recommended law enforcement use Rekognition to identify people in police body camera footage, the ACLU said in a post. "The company removed mention of police body cameras from its site after the ACLU raised concerns in discussions with Amazon," according to the ACLU.