Amber Alert: A 13-year-old girl is abducted outside her North Carolina home 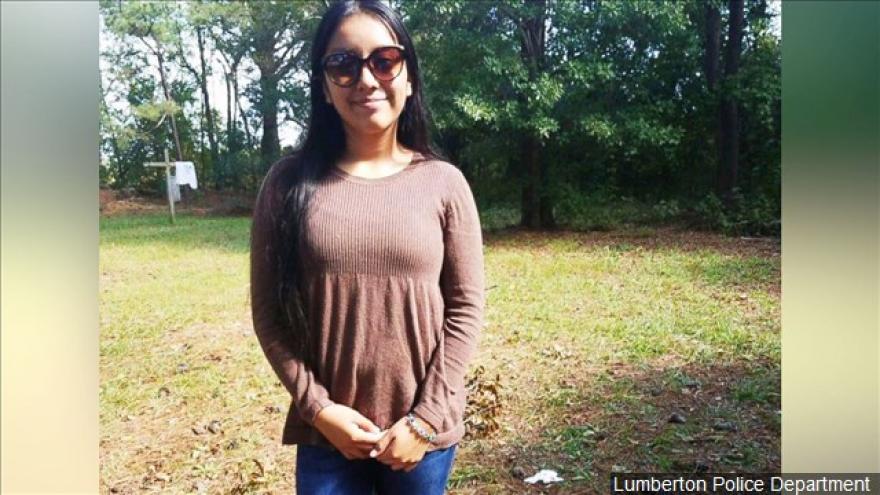 (CNN) -- Police have issued an Amber Alert after a 13-year-old girl was abducted outside her home in Lumberton, North Carolina, on Monday morning.

The FBI is offering a $15,000 reward for information that leads to Hania Noelia Aguilar.

She was at the Rosewood Mobile Home Park waiting for the rest of her family to come outside and drive to school when she was forced into a car just before 7 a.m., the FBI and Lumberton Police Department said.

"A witness saw a male subject dressed in all black and wearing a yellow bandana force Hania into a relative's vehicle that was parked in the driveway," the FBI said.

Lumberton Police Chief Michael McNeill told reporters at a news conference on Tuesday: "Every second counts when a child is missing."

McNeill said: "When they hurt, we hurt also here."

In a message for her daughter, which was read by the FBI, Hania's mother said: "I just want my daughter back with me. I'm here waiting for you. I love you and only care about you."

"I don't have anything against whoever did this to you, I just want you back," the message said.

According to the FBI, Hania is a Hispanic female, who is about 5 feet tall, weighing approximately 126 pounds. The teenage 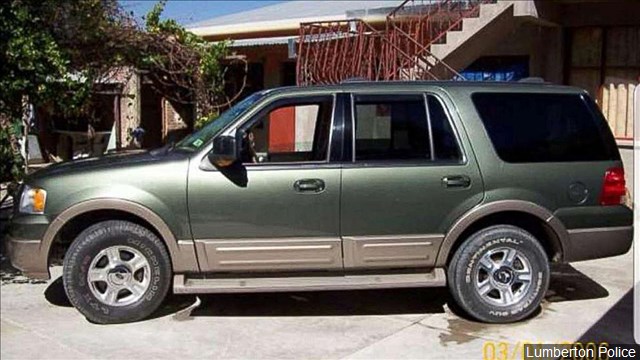 Hania Aguilar was kidnapped in a green 2002 Ford Expedition, similar to the one pictured, with South Carolina license plate number NWS984. Lumberton Police
r, who has black hair and brown eyes, was last seen wearing blue jeans and a blue shirt with flowers, the FBI said.

Hania was driven away in a green, 2002 Ford Expedition with South Carolina license plate NWS-984, Lumberton police said. The hood of the car is peeling and there is a Clemson sticker on the rear window.

Police, the Robeson County Sheriff's Office, FBI agents and agents with the State Bureau of Investigation are following nearly 50 leads, the release said.

It quoted her sister Heylin Perez as saying Hania had gone outside to start the family's car despite her aunt telling her not to.

"She just got the keys and started to turn it on," Perez said. "And somewhere out of nowhere the man came in and took her away."