AMC is reopening its theaters next week with 15-cent tickets 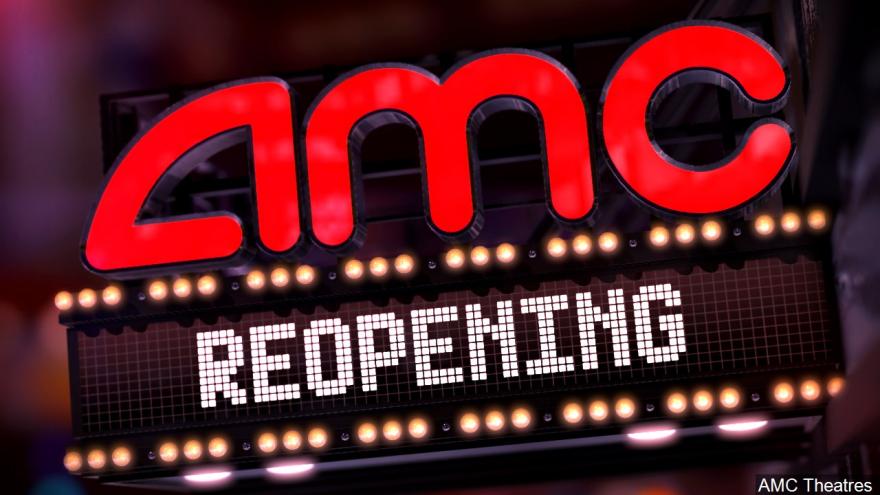 (CNN) -- AMC is finally reopening its theaters, and guests will need to spend just 15 cents to get in.

The world's largest movie theater chain will reopen more than 100 US theaters on August 20, the company said on Thursday. In order to commemorate its centennial, AMC is offering "movies in 2020 at 1920 prices." That's 15 cents a ticket.

AMC closed all of its theaters in the US in March as the pandemic took hold, and the reopening has been delayed several times.

AMC added that it expects to open two-thirds of its more than 600 US theater locations by the time Christopher Nolan's thriller "Tenet" hits theaters on September 3. AMC's other US theaters will open "only after authorized to do so by state and local officials," according to the company.

AMC said that it's implementing new safety and health measures to help keep moviegoers safe and curb the spread of coronavirus. That includes requiring all guests to wear masks, lowering theater capacity and upgrading ventilation systems.

After opening day, tickets will still be available for cheaper than usual. Tickets for films like "Inception," "Black Panther," "Back to the Future" and "The Empire Strikes Back" will cost $5. AMC is bringing back old films since so many new movies have been delayed this year because of the outbreak.

The company, which was founded in Kansas City, Missouri, in 1920, is also offering discounts on concessions like popcorn for $5 through the end of October.

"We are thrilled to once again open our doors to American moviegoers who are looking for an opportunity to get out of their houses and apartments and escape into the magic of the movies," Adam Aron, AMC's CEO, said in a statement on Thursday.

The theater chain announced in June that it was set to reopen on July 15, but was delayed to July 30 due to a lack of movies being offered by studios. It was delayed again last month to mid-to-late August.

But now it appears that AMC will finally reopen since some new films like Disney's "New Mutants" on August 28 and "Tenet" on September 3 are set, at least for now, to be released.

One notable absence from AMC's reopening lineup of films is Disney's "Mulan." Disney announced earlier this month that the remake of the 1998 animated classic would hit theaters and Disney+ on September 4.