America is running out of fireworks 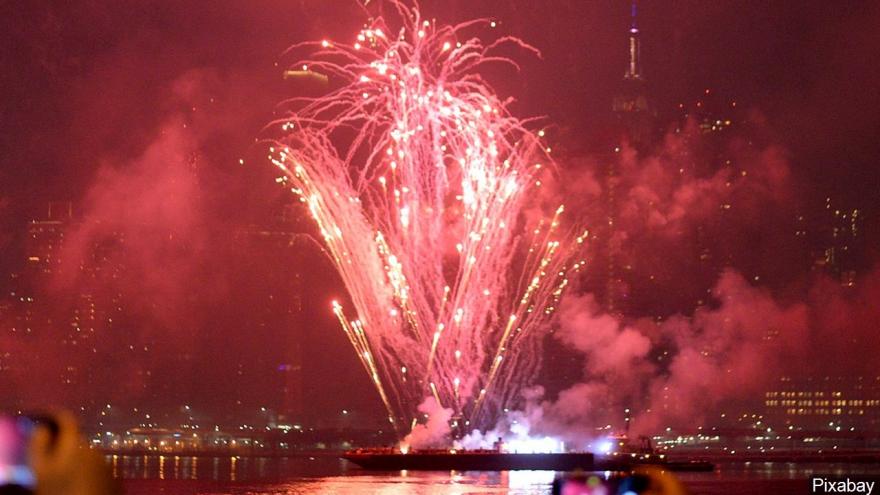 (CNN) -- The fireworks business is booming — so much so that America may soon run out.

As the coronavirus pandemic continues, consumer fireworks sales, including sparklers and firecrackers, have more than doubled. But imports from China, which supplies more than 90% of the world's fireworks, stalled earlier this year, and industry leaders expect a supply shortage in coming days.

America's sudden obsession with fireworks came after the pandemic led to mass cancellations of weddings, sports events and Independence Day shows. That sent demand for the professional fireworks used for large events crashing through the floor.

"Traditionally, there are 16,000 Independence Day shows across this nation," Julie Heckman, executive director of the American Pyrotechnics Association, said. "And we're probably looking at about 10% max going forward."

To fulfill their pyrotechnic desires, Americans are buying up loads of consumer fireworks. It's one -- explosive -- way to cure quarantine boredom.

"People were coming outdoors for the first time and they wanted something to do," said Bruce Zoldan, CEO of Phantom Fireworks. "And the entertainment is consumer fireworks."

Compared to 2019, demand for consumer fireworks is up at least 115%. Zoldan said his company was weighing a bankruptcy filing because he didn't think he could sell any fireworks. Now, Zoldan, whose consumer fireworks company is among the largest in the United States, said he could play soccer in his 1.2 million square foot distribution center, which was completely full four weeks ago.

"It's a really bizarre situation that we have one segment of the industry that's going to have a record-breaking year," Heckman said, "and the other side of the industry is potentially crippled forever."

But industry leaders are worried about shortages. China normally ramps up production for fireworks in winter — but this year, the pandemic forced most of the factories to close. Chinese exports fell to essentially zero in January, and in the first four months of 2020, the United States imported 35% fewer fireworks than during the same period in 2019.

Fireworks retailers are now struggling to meet demand. Imports have since rebounded substantially, but it will take time for supplies in stockpiles to even out with demand.

"I think by July 5th, there probably will not be very many fireworks available in the United States until China can start producing again and shipping here," Zoldan said.