America, its flag and a possible 51st star 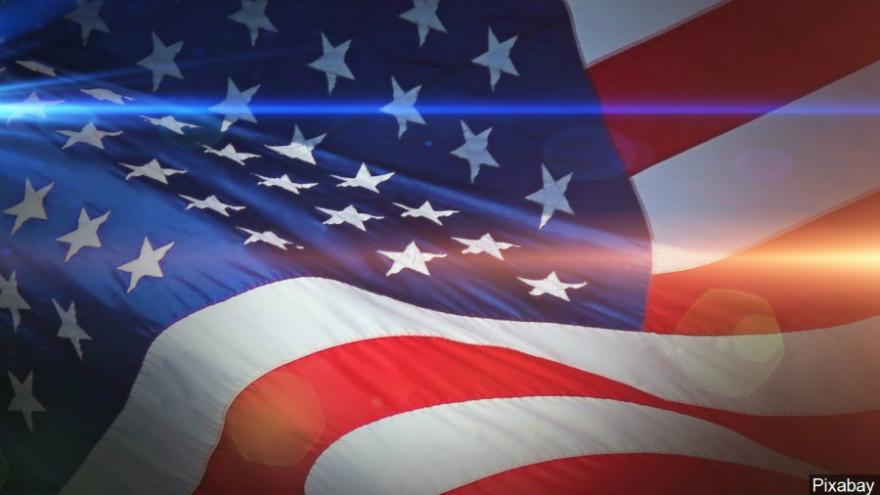 (CNN) -- What happens if the American flag needs to accommodate another star? Or five?

There are various efforts across the country to create new states. In California, voters will see a ballot initiative this fall asking if they want to split into three. And in Washington, DC, 36 lawmakers cosponsored a bill that would grant statehood to Puerto Rico, while the mayor, Muriel Bowser, has called for the same for the District.

The American flag hasn't changed in more than half a century -- the last time stars were added was with the additions of Hawaii and Alaska, which were admitted into the union in 1959 -- and any update would be historic and controversial, and would spark a national conversation about American identity. A flag is more than just a flag, and we're a long way from any permanent changes.

The Eisenhower administration anticipated the need for a new flag as early as 1953, according to his presidential library. So did more than 3,000 people who sent their own ideas for a new one to the White House. Many of the designs played off the existing flag, keeping the stripes and rearranging the stars or adding various elements to the blue field.

A selection of 50 of these flags were collected for a book, "Old Glory," published in 2016. Kingston Trinder, Atelier Editions' publisher, said in a statement there were recurring themes throughout the archives, like stars and stripes, and a red, white and blue color scheme. There were a lot of eagles and topographical outlines of America, she said. Several spelled out "USA" with the letters overlaid and intertwined, "all bearing a rather unfortunate similarity to Nazism's swastika," Trinder said, and a reinterpretation of the Confederate flag.

But the final design didn't stray far from its predecessors, and Hugh Brady, a professor at the University of Texas at Austin, said he doesn't think it would be much different today. "I think the flag has achieved a status," he said. "It's almost untouchable."

It wasn't always this way. Flags were once more symbols of government than popular expression. America didn't even have an official flag the first year of its existence. The Second Continental Congress adopted a resolution in 1777 creating a flag, with the stars "representing a new constellation." And it wasn't until the Civil War that the flag began to take on the significance we recognize today.

"Once the Civil War begins, you see this emotional attachment to flags," Brady said. It became a unifying symbol, and one "sanctified by the sacrifice" of Union soldiers who fought and died under it. "It all becomes tied up in this emotional shorthand."

That continued after the war. Children and immigrants were "taught this patriotism of honoring the country, and the flag became a very powerful symbol in rituals to get people to do that," said Scot Guenter, a professor of American studies at San Jose State University.

The flag is complex in detail, but simple in design. It doesn't need exactly 50 stars and 13 stripes to be understood as American. An approximation can be scribbled with crayons by a child while artists can paint abstract reinterpretations. Its two components are distinct enough to be recognizable on their own. It's a flag that points to the past and future, with stripes serving as a reminder of America's revolutionary origins and the blue canton, with its built-in mechanism for updating to meet the needs of a growing country, open to the possibilities of tomorrow.

It's been turned into swimsuits, album covers and street art. Groups and movements have repurposed it with designs like the rainbow American flag for the LGBT community or the Thin Blue Line American flag for Blue Lives Matter. It's been planted on the South Pole in Antarctica and on the moon. It's been waved by Olympians. It's been draped over the caskets of members of our armed forces. It's a symbol that has tied Americans to their country, their history and one another, regardless of politics or geography.

The value placed on the flag can change, Guenter said. "It's like a barometer about a shared sense of community." Today, the flag's meaning is in flux. Patriotism is down, athletes kneel to protest police brutality and the President has sought to turn the flag into a partisan political issue.

Just like the last time America got a new flag, a new state would kick off a flurry of crowdsourced, citizen-made redesigns. But the Institute of Heraldry of the US Army, responsible for government insignias, seals and flags, would likely just rearrange the stars to make room for another. Though a new flag wouldn't look that different, a 51st star could still test Americans' shared sense of community, since the addition of a new state would disrupt the parties' balance of power.

"Any 51st state adding a star is going to have to deal with one side seeing that as representing not their version of America, but someone else's," Guenter said. "There's fighting over beliefs, I think, about what American means and where America should go in the future."

Clarification: This story has been updated to attribute a quote to Kingston Trinder, Atelier Editions' publisher.