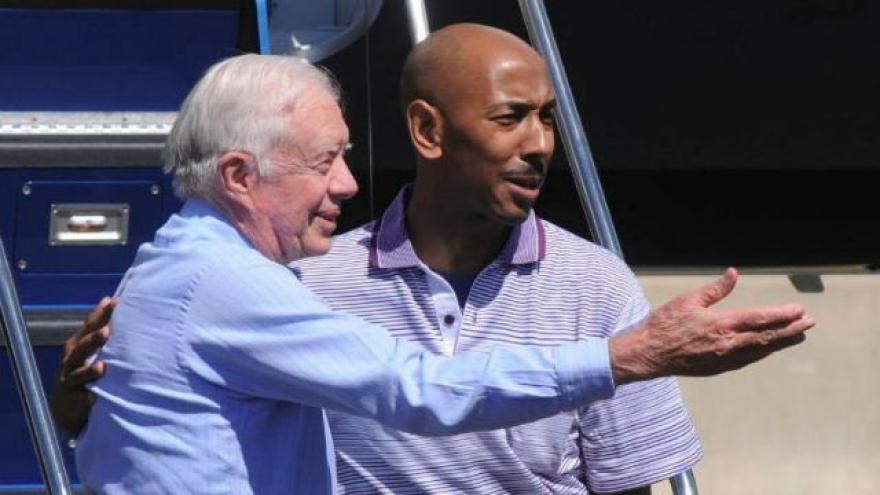 (CNN) -- Police in San Diego are investigating the mysterious death of a man who made international headlines eight years ago when former US President Jimmy Carter helped negotiate his release from North Korea.

He was pronounced dead at the scene. A preliminary investigation suggests his death was accidental or a suicide, police said. A final determination will be made when the Medical Examiner's Office completes its investigation.

Gomes had recently moved from his hometown of Boston to the San Diego area. His death raised questions about his life since his return from North Korea.

He was arrested in North Korea after entering from China. North Korea sentenced him to eight years of hard labor in 2010 and a fine of about $600,000 for illegally crossing its border with China and for an unspecified "hostile act."

He was freed in August 2010 after Carter helped negotiate his release. Coverage at the time focused largely on Carter and whether he had met reclusive North Korean leader Kim Jong Il on the trip, leaving gaps in Gomes' story. Carter, who has a history of helping thaw frigid Pyongyang-Washington relations, did not make any comments at the time about his trip.

At the time of his arrest, Gomes had been living in South Korea for about nine years, his uncle said in 2010. Michael Farrow said he didn't know the circumstances of his nephew's entry into North Korea. But he said it was "not in his character."

"He did not take things to the extreme. He may have just been trying to peek in and help others and teach them. He had good motives. I know he had good intentions."

Gomes documented his ordeal in "Violence and Humanity," a self-published e-book from 2015. According to the book's author biography, Gomes was educated in Massachusetts public schools before attending Bowdoin College in Brunswick, Maine, where he earned a degree in English. He pursued a career in education in the suburbs of Massachusetts before moving to South Korea to teach in the rural provinces of Seoul.

Gomes taught English to middle school students for two years before crossing into China, "inspired by his faith and sense of universal equality," according to the book's description.

"For nine months he remained detained in a remote prison under strict supervision while friends and family in the United States were kept in the dark about his health and location as tensions peaked in the region, leading him to true tests of hope, faith and humanity," the book description said.

Gomes appeared to have stayed out of the public eye since his return. During that time, he worked on recovering "from injuries sustained while being incarcerated in North Korea. A portion of his recovery has included therapeutic writing of which his first novel, 'Violence and Humanity,' is based [on]," the author bio said.

"Although this autobiography is highly personal and graphic ... I pray some good will come from sharing it."