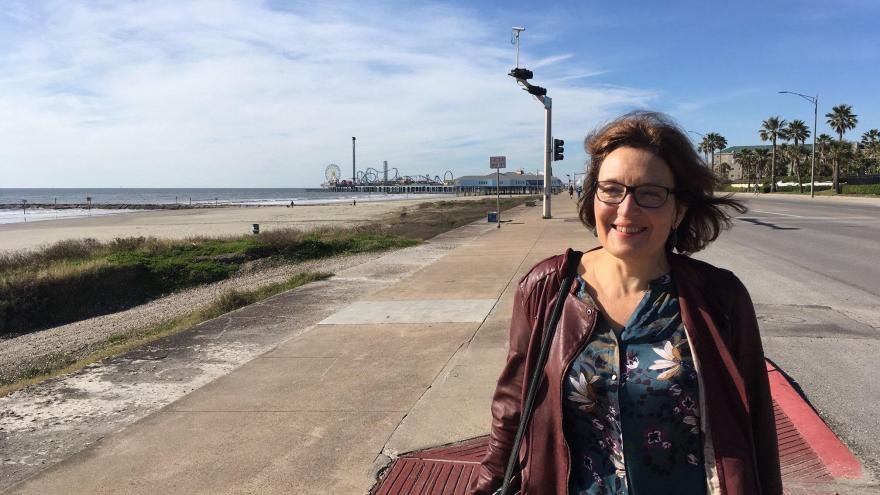 The body of an American scientist who went missing on the Greek island of Crete a week ago has been found, according to her employer. Source: Searching for Suzanne/ Facebook
By Sheena McKenzie, CNN

(CNN) -- The body of an American scientist who went missing on the Greek island of Crete a week ago has been found, according to her employer.

Suzanne Eaton, 59, had been attending a conference at the Orthodox Academy in northwest Crete, when she is believed to have disappeared during a run on July 2.

Greek police found her body on Monday evening, according to the Max Planck Institute at Dresden University in Germany, where she worked as a biologist.

Local authorities "have not yet completed their investigation regarding the events that may have transpired" on the afternoon Eaton went missing, the institute said in a statement.

"We are deeply shocked and disturbed by this tragic event," it added. "Suzanne was an outstanding and inspiring scientist, a loving spouse and mother, an athlete as well as a truly wonderful person beloved to us all."

Eaton was the wife of British scientist Tony Hyman and mother of two sons, Max and Luke, according to the institute.

On Tuesday morning, a post on the Facebook page -- called "Searching for Suzanne" -- set up by her family said: "We cannot comment on anything at this time, but I will post a message here when the time is appropriate."

Earlier, Greek police told CNN they had found a woman's body close to where Eaton went missing, but did not confirm her identity.

Eaton usually ran for 30 minutes every day and was a regular face at the conference, according to the Facebook page. Her family believe she went missing during a run within 5 kilometers (3.1 miles) of the academy complex.

"Due to the rough terrain and extreme heat, we believe the most likely possibility is that Suzanne may have either become overheated and looked for shade or that she may have fallen," said a Facebook post.

While Eaton's employer acknowledged in an earlier statement that the "most likely" scenario was that she had gone for a run, it added: "There are many observations that challenge such a theory, including the heat of the day suggesting that a swim would have been more attractive."

"As well as being a leading scientist in her field, Suzanne is a strong athlete, runner and senior black belt in Tae Kwon Do," the statement added. "If anyone can find her way out of a difficult situation it is Suzanne."