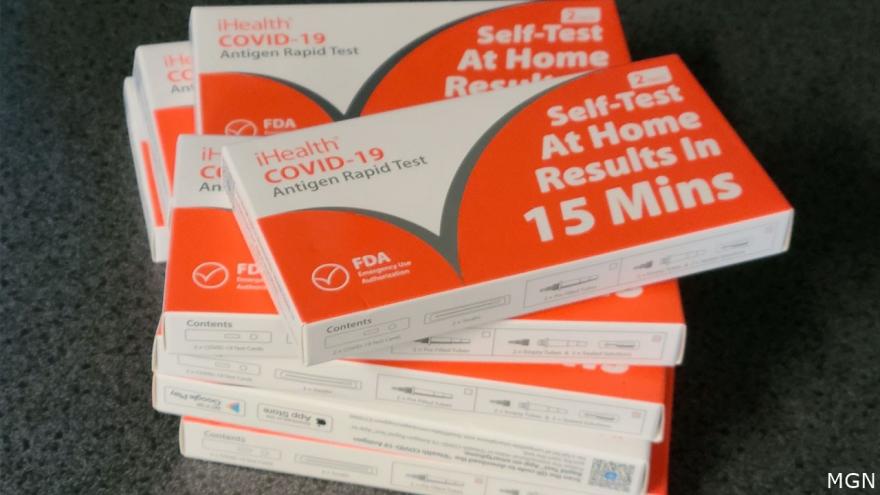 "If you already ordered free tests, tonight, I'm announcing you can order another group of tests. Go to Covidtest.gov starting next week and you can get more tests," President Joe Biden said during his Tuesday State of the Union address.

In January, the government launched its effort to provide free rapid antigen tests to any household that requested them through that website or by calling 800-232-0233. There was a limit of four tests per residential address.

The website now says every home in the US can order an additional set of four tests starting next week.

The President had announced in December his plan to make half a billion tests available to Americans by mail, as the Omicron variant was surging across the US.

The White House previously said the tests were expected to ship about seven to 12 days after they are requested.

Covid-19 has killed more than 952,000 people and infected about 79.1 million in the United States since January 2020, according to data by Johns Hopkins University.

"Let's stop looking at COVID as a partisan dividing line and see it for what it is: a God-awful disease," Biden said in a tweet following his announcement. "Let's stop seeing each other as enemies -- and start seeing each other for who we really are: fellow Americans."

The White House will roll out a new strategy laying out the next phase of its response to the coronavirus pandemic on Wednesday, two administration officials told CNN, outlining a vision that involves fewer disruptions to daily life while preparing for the unpredictable potential of another game-changing variant.