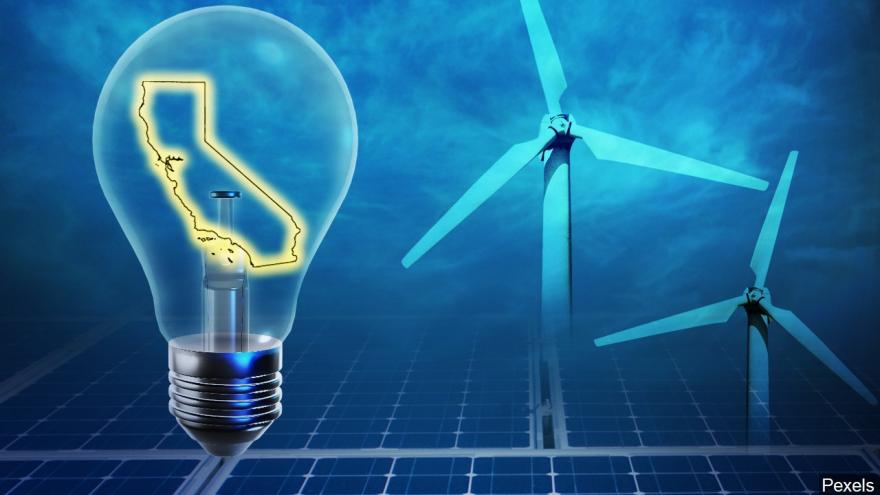 (CNN) -- America's clean energy revolution is on the verge of a tipping point.

The renewable energy sector is projected to generate more electricity than coal during the month of April, according to a recent report published by the Institute for Energy Economics and Financial Analysis. That's never happened before.

Coal, long the king of the power sector, has already been dethroned by natural gas, a much cleaner burning fossil fuel. Now, coal is facing intensifying pressure from wind and solar power.

"Five years ago this never would have been close to happening," Dennis Wamstead, research analyst at IEEFA, said in an interview. "The transition that's going on in the electric sector in the United States has been phenomenal."

Even a decade ago, America's renewable energy had little presence other than hydro power. But a wave of investment — first into wind, and then solar — has made these new technologies far cheaper.

At the same time, increased awareness about climate change has led many American businesses, households and state legislatures to demand cleaner energy.

"Renewables are just a better bet at the moment," Wamstead said.

The IEEFA report cited US government statistics that project renewable energy (hydro, biomass, wind, solar and geothermal) will start to sporadically exceed coal in 2019 and 2020. In other words, this year renewables will likely start to generate more energy than coal's 240 gigawatts of remaining capacity, at least on a month-by-month basis, according to the US Energy Information Administration.

While such a milestone would highlight the shift away from coal, some of it is also because of seasonal issues.

For instance, some coal plants shut down for maintenance during the spring when demand for electricity is low. The spring also tends to be a strong period for hydro and wind power.

Renewable power isn't expected to surpass coal on an annual basis for at least several years.

It was only in 2016 that coal was surpassed by natural gas as America's No. 1 power source.

The clean energy transition is accelerating.

Renewable energy is projected to be the fastest-growing source for power generation for at least the next two years, according to EIA numbers published earlier this year.

Despite President Donald Trump's promise to rejuvenate the coal industry by slashing regulation, America's coal appetite continues to shrink. US coal consumption declined by about 4% in 2018 to the lowest level since 1979, according to the EIA.

The problem for coal is economics. Wind and solar costs have plunged so drastically that 74% of the US coal fleet could be replaced by renewable energy and still save customers money, according to a report released last month by nonpartisan think tank Energy Innovation.

And America's coal power plants aren't getting any younger. The average coal plant is about 40 years old, according to Wamstead. Coal plants typically last around 40 to 60 years before getting phased out. As they age, these plants require more maintenance and repairs, making renewable power all that much more attractive.

"A lot of plants are staring normal retirement age right in the face," Wamstead said.

Some power companies are preemptively retiring other coal plants in a bid to be more environmentally friendly.

For instance, Xcel Energy has shut down a quarter of its coal power plants and plans to pull the plug on another quarter. The Minneapolis-based power company recently announced a plan to deliver zero-carbon electricity by 2050 — an ambitious goal that will require plenty of wind and solar energy.