Amy McGrath to run for Mitch McConnell's US Senate seat 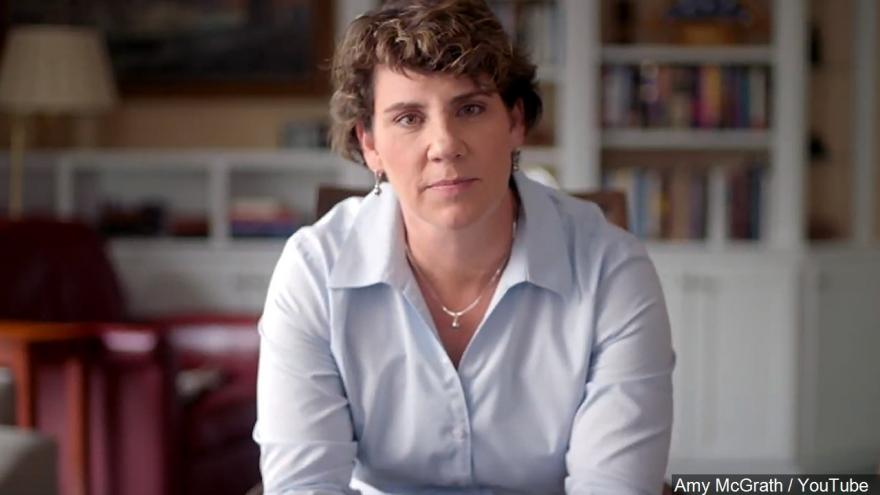 WASHINGTON (AP) — Amy McGrath, a Marine combat aviator who narrowly lost a House race to an incumbent Republican in Kentucky, has set her sights on an even more formidable target: Senate Majority Leader Mitch McConnell.

McGrath, whose campaign announcement video in her House race showcased the viral power of social media to raise money and national profile, said Tuesday she will be trying to defeat one of the most entrenched officials in Washington in McConnell. But she sees him as vulnerable because of his lengthy tenure in Washington, his stance on health care and his taut allegiance to the policies of President Donald Trump.

Her decision to enter the race represents a rare victory for Democratic Sen. Chuck Schumer of New York, who has had difficulty persuading top-tier candidates in other states to take on incumbent Republicans with control of the Senate at stake.

The contest also will test the power of incumbency against a call for generational change along with a measure of whether Trump's popularity is transferable.

McGrath, 44, will almost certainly be able to raise enough money to mount a serious challenge to McConnell, 77, but she is still a decided underdog in a state that has not elected a Democrat to the Senate since Wendell Ford in 1992.

"I've been always somebody who stepped up to the plate when asked, when I felt like my country needed me, and this is one of those times," McGrath said in an interview.

She is attempting to repeat her viral moment with a new video , one that leans hard on idealism while also attacking McConnell as the embodiment of a dysfunctional Washington.

"I felt like somebody needs to stand up to him," McGrath said.

McGrath also reprises one element of her first video, pointedly noting that when, as a 13-year-old girl, she wrote to McConnell to make the case that women should be able to fly in combat, the senator never wrote back.

But her attacks on McConnell and his record carry risks because Trump remains highly popular in Kentucky, and McConnell has pushed through much of the president's agenda and, perhaps more importantly, his nominees to federal courts, including Supreme Court Justices Neil Gorsuch and Brett Kavanaugh.

She said that Kentucky voters are not fans of either political party and they supported Trump in part because of his promise to "drain the swamp" in Washington, lower drug prices and deliver a more effective alternative to the Affordable Care Act.

"Those things haven't happened because of guys like Senator McConnell," she said.

McConnell struck back quickly in a Twitter message that presaged what a race between him and McGrath would look like. The tweet strung together a series of quotes from McGrath that depicts her as an out of touch liberal who also opposes Trump, notably his call for a U.S.-Mexico border wall.

McGrath lost to Rep. Andy Barr by 3 percentage points in the 2018 midterm election, a race that she had been so confident of winning that she was working on her victory speech as the first returns came in.

She ran up comfortable margins in the heavily Democratic Lexington area, but Barr was able to win overwhelmingly in rural areas. Barr also benefited from a campaign appearance by Trump, rare for a House member. Former Vice President Joe Biden went to Kentucky to campaign for McGrath in what proved to be a failed effort to win back onetime Democrats in rural areas.

Trump also is expected to actively support McConnell and to try to muddy McGrath at least as much as Barr did.

In that race, McGrath, a Naval Academy graduate, foreswore negative attack ads against Barr while he and several outside groups supporting him spent millions of dollars labeling her as "too liberal" for Kentucky. McGrath, who must first win the Democratic nomination, would not show similar restraint against McConnell.

Democrats have prepared briefing books of more than 1,000 pages on McConnell, whose long record and ties to Washington interest groups provide ripe openings for attack. But he also can make the case that he has been able to use his power in Washington for the benefit of the state.

McConnell has in Kentucky a fiercely loyal team of political operatives who are known for hard-hitting campaigns that leave his opponents badly bruised.