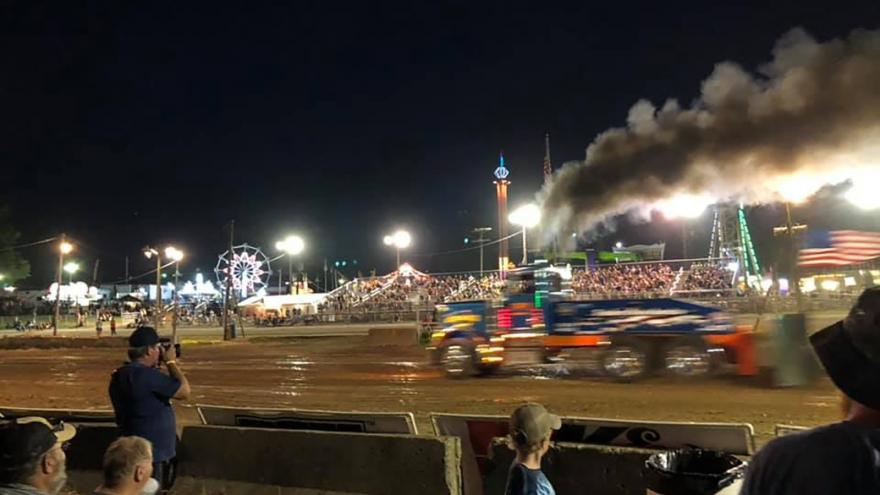 (CNN) -- An Ohio county fair's grand champion lamb is under investigation after a veterinarian found performance-enhancing drugs in its system.

After winning the junior livestock show at the Logan County Fair on July 10, the lamb underwent testing by a state veterinarian, a routine practice before going to slaughter, according to the Ohio Department of Agriculture.

The lamb's owner, an 11-year-old with the Miami Valley Producers 4-H Club, showed the animal at the fair's market lamb show. He and the lamb have since been stripped of their title and awards.

"We don't know how it got in there, and we may never know. But it's the exhibitor's responsibility to present an animal to the fair for competition that's free of all of those," Forshey told CNN affiliate WCMH.

Forshey said diuretics are used in both humans and animals. In humans, they cause increased urination and dehydration. In animals, they dehydrate so that muscles become stiffer and harder, appearing larger.

These diuretics are available only with a prescription, so how the young 4-H member got them remains a mystery, according to Forshey.

Logan County Fair board President Christie Barns said she's never seen a situation like this in her six years on the board.

Barns explained that some fairs award money based on placement in the competition, but Logan County's doesn't.

However, the exhibitor can sell the animal through a fair livestock auction, which is what the boy decided to do. The lamb sold for $3,925, and that money can be kept, according to Barns.

"The exhibitor is currently registered and permitted to show animals at the Ohio State Fair, again as determined by the Ohio Department of Agriculture. In regard to the Logan County Fair, that has yet to be determined," Barns said.

The animal went to slaughter Monday, after the drugs had left its system, according to the Department of Agriculture.

Barns says the title will not be given to anyone else.