An 8-year-old boy snuck a book he wrote on a library shelf. There are more than 100 people waiting to check it out 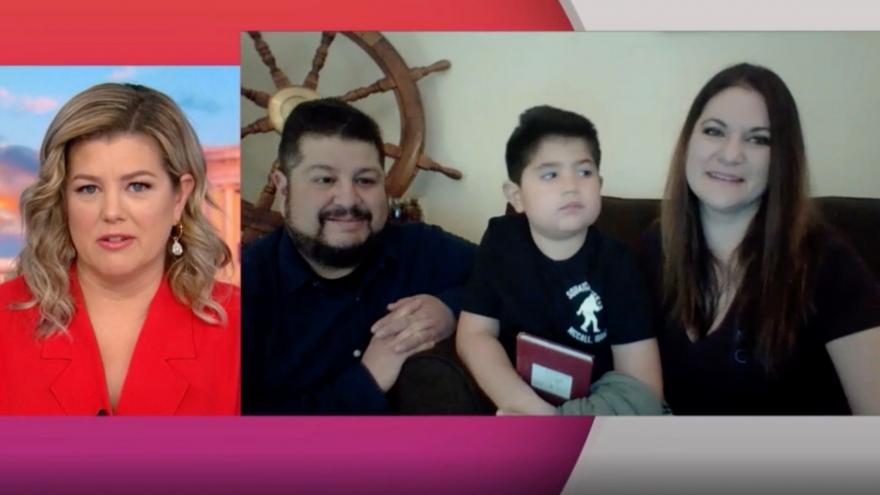 (CNN) -- An imaginative boy who loves comic books now has a graphic novel of his own on the shelves of his local library.

Dillon Helbig, 8, wrote a Christmas book and snuck it into the library's stacks in Boise, Idaho, his family said. When a librarian saw it, the staff decided to catalog the book.

"He put the book together in like four days," his father, Alex Helbig, told CNN's Brianna Keilar. "With him putting it in the library, we weren't surprised that he did anything like that. ... When he wants to do make something happen, he makes something happen."

There were 135 people waiting to check out the book as of Monday morning, said librarian Paige Beach, who works at the Lake Hazel Branch of the Ada Community Library. If each person keeps the book for the maximum time of two weeks, that means a wait time of about five years.

Dillon is no stranger to writing his own books. His father said the second-grader has written 5- to 10-page comic books, but this was by far his biggest project.

"The Adventures of Dillon Helbig's Crismis" by Dillon "His Self" is a whopping 88 pages, with text and with color illustrations, the library wrote in a Facebook post.

The book has everything from an exploding tree-topper to time travel, as Dillion is transported back centuries to the first-ever Thanksgiving in 1621, his dad told CNN's "New Day." Dillon even fact checked with the help of his parents to find that date.

Dillon's mother, Susan Helbig, credits Dillon's "amazing imagination" for the book's creative plot. She set out to see what happened to the book.

"After Dillon told me that he put his book at the library, I had called to see if we could retrieve it, thinking it was in the lost and found," she said. "They did find the book, they loved the content of it, they loved the book itself."

Beach was the librarian who found the book. "It's really exploded here at the library," she said with a laugh.

"I thought it was very cute. I was struck by how much effort went into it," Beach told CNN. "I definitely thought we should do something special with it and not just hand it back to him. It was very well done and deserved some recognition."

The recognition came in the form of a new award, The Whoodini Award for Best Young Novelist. Beach created the award for Dillon, who had left the book on the shelves in November 2021.

Beach said she talked to the library's cataloger and the pair agreed that it should be processed and added to the shelves.

Dillon had left the book in the fiction section -- he knows about books being fiction or nonfiction, after all, his mother said. The library staff felt the book fit better in the graphic novels area, so that's where it was cataloged, she added.

When asked whether he plans to publish his book, Dillon was rather shy. However, the library's phone has been ringing off the hook with offers, Beach said.

"We've been fielding a lot of calls from publishers," Beach said. "I'm not sure if their family has decided on anyone in particular, but there are a lot of calls and offers to get it published."