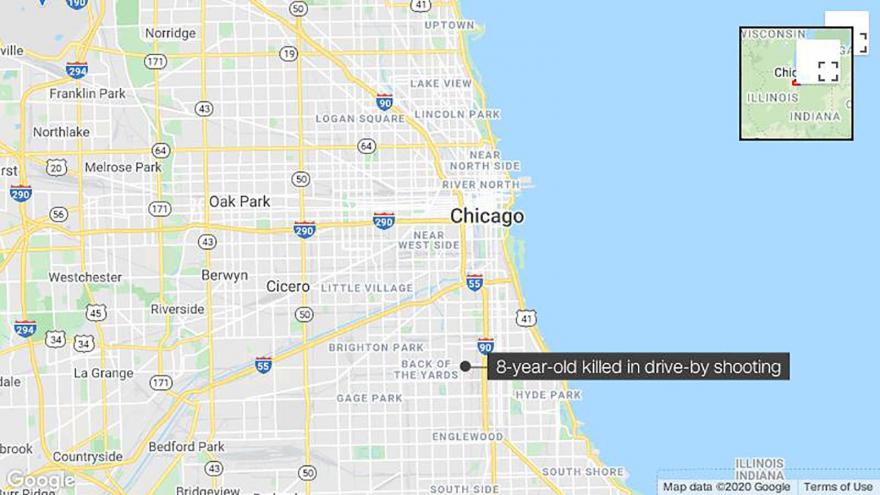 An 8-year-old girl was killed the evening of Sept. 7, 2020 after gunshots were fired into a SUV she was traveling in, according to police.

(CNN) -- An 8-year-old girl was among at least 53 people shot during a violent holiday weekend in Chicago, according to police officials.

The girl was killed Monday evening after gunshots were fired into an SUV she was traveling in, Police Chief of Operations Brian McDermott said at a press conference.

"I am saddened and angered that another child has lost their life to gun violence in the city of Chicago," McDermott said.

An unknown vehicle pulled up beside her at a stop light and shot into the car as the light turned green, he explained.

Following the shooting, the victims' vehicle crashed into a tree. A woman believed to be the child's mother suffered injuries from the crash, according to McDermott.

Police believe the victims' car was intentionally targeted and police are searching for the gunman, he said.