An African American security guard asked a student to not call him the n-word. That request got him fired 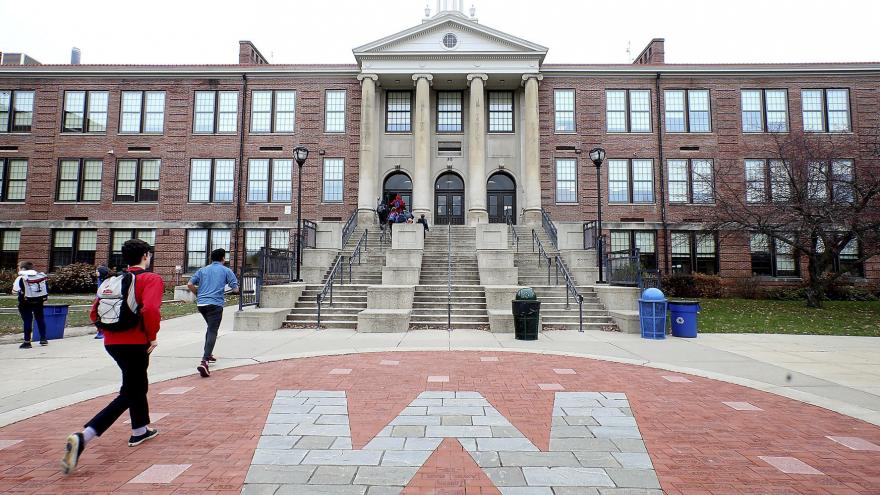 (CNN) -- An African American security guard told a student to stop calling him the n-word. It cost him his job.

Marlon Anderson was a security guard at Madison West High School in Wisconsin. Last Wednesday, he was called in to help the assistant principal escort a student from school grounds, he told CNN.

The student was resisting, including yelling and pushing the principal. Anderson called for backup, and the student started yelling expletives at him, including the racial slur, Anderson said.

At first, Anderson said he asked the student to stop calling him that, without saying the word. But the student continued to call him different variations of the word.

When contacted for comment, the school did not respond directly to Anderson's firing, but said it has a zero-tolerance policy for the use of racial slurs.

"We are working to make our school climates the best they can be for all students and staff," said Gloria Reyes, president of the Madison Board of Education in a statement. "We've taken a tough stance on racial slurs, and we believe that language has no place in schools."

"The district just wants to say you can't use this word, period," he told CNN. "These policies are hurting the kids and staff. Without context this isn't helpful; it's more hurtful."

The school board plans on reviewing their approach, Reyes continued in the statement.

Anderson is represented by a union, which filed a grievance with the school district this week on his behalf. He's seeking reinstatement and back pay, according to a statement from the union.

Anderson had been working at the school district for 11 years. He has two sons who attended Madison West High School. One is a current senior and the other is a graduate of the high school.

Anderson isn't without his supporters, though. The Boys & Girls Club of Dane County hired Anderson as its temporary director of program operations. In a Facebook post announcing the hire, the nonprofit wrote that Anderson has "an amazing track record" with local teens.

And if that wasn't enough, singer Cher even offered to pay his legal fees if he chooses to sue.