An Alabama teen raised $39,000 for kids with cancer by cutting off his beloved 19-inch Afro 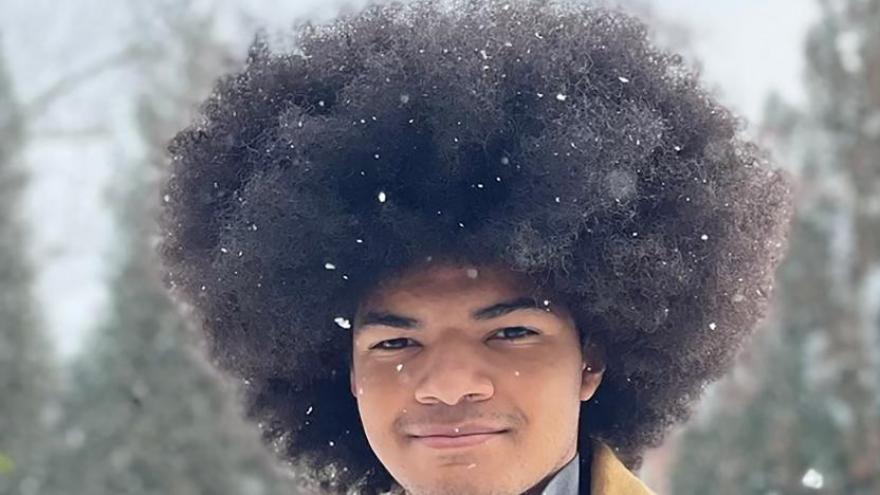 Kieran Moise had his 19-inch curls cut off to raise money for children with cancer.

(CNN) -- After growing his hair for six years, an Alabama teenager has cut it off to raise thousands of dollars for children with cancer.

Kieran Moïse, 18, started growing out his hair in the eighth grade, after losing a friend to brain cancer. He had seen people donate their hair to children who had lost theirs during medical treatment and wanted to do the same, his mother Kelly Moïse, 49, told CNN.

"Kieran has always been known for his hair. It was a big part of his personality and who he was," she said. "But he has always been the most compassionate and caring person. Since he was 6 years old, he somehow had the mindset of raising money and giving it to people who need it, and that never changed."

In May, Moïse graduated from high school with an impressive 19-inch Afro. But with him set to enter the US Air Force Academy, it was finally time for the big trim.

To maximize his impact, Moïse organized a live event at a local brewery in Huntsville and an online fundraising campaign called "Kieran's Curls for Cancer," where he aimed to raise $1,000 per inch cut.

On May 29, nearly 100 people attended the event, where they watched Moïse get his hair braided and snipped off. His locks were donated to Children With Hair Loss, a non-profit organization in Michigan that makes free wigs for kids and young adults facing medically related hair loss.

By the end of the day, the event raised $20,000 for St. Jude Children's Research Hospital and has continued to raise money online. As of Saturday, it was more than $39,000.

"Charitable giving comes in many forms, from direct acts of kindness to impactful public statements that motivate others to come together to support a cause," Richard C. Shadyac Jr., President and CEO of ALSAC, the fundraising and awareness organization for St. Jude Children's Research Hospital, told CNN.

"Kieran's simple act of kindness exemplifies the power of younger generations and is something to celebrate, a selfless decision that will make a direct impact on the lives of the kids at St. Jude Children's Research Hospital and children everywhere for years to come."

Moïse is training at the academy in Colorado Springs, Colorado, and does not have access to phones or computers for four weeks.

When asked by his mom how he was ready to part with his beloved curls, Kelly Moïse said his answer was simple: "If I can do this, everyone can do this. There's nothing special about helping others, you just have to want to do it."