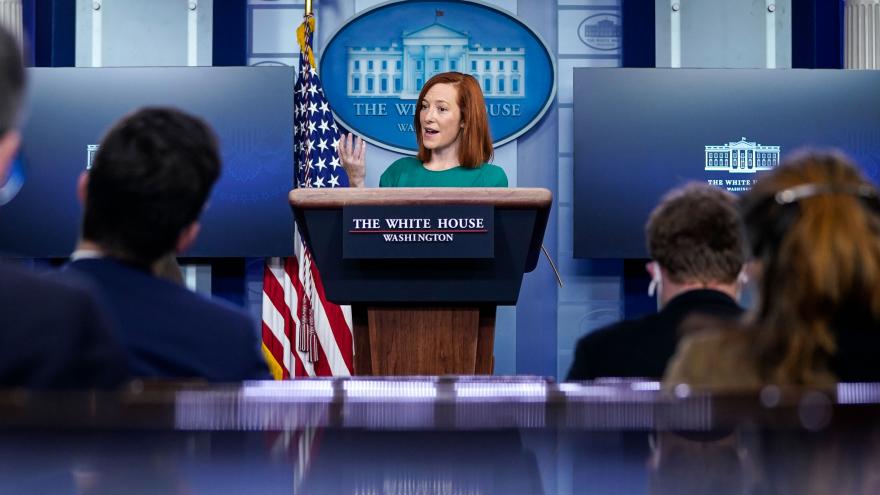 "As a part of this administration's accessibility and inclusion efforts, starting today we will have an ASL, an American Sign Language interpreter for our daily press briefings," Psaki said at Monday's briefing.

"The President is committed to building an America that is more inclusive, more just and more accessible for every American, including Americans with disabilities and their families."

The first interpreter was identified only as Heather and appeared virtually at the bottom of the screen while Psaki gave her remarks.

The administration was praised for having the Pledge of Allegiance signed simultaneously with its recitation at the inauguration last Wednesday.

The move set a different tone from the previous administration, which was sued in August by the National Association of the Deaf and five deaf Americans for not providing ASL interpreters at Covid-19 briefings.

A federal judge ordered the Trump administration in September to provide ASL interpreters at the briefings beginning October 1, whether in person or via video.