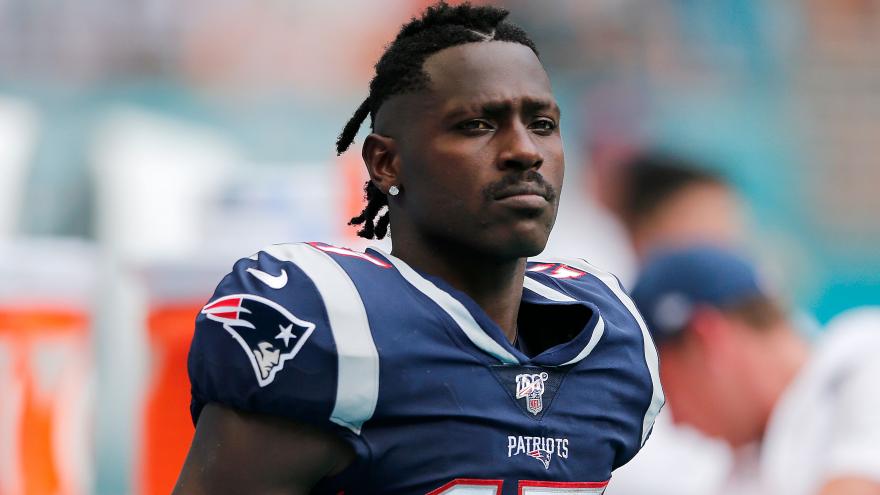 (CNN) -- An arrest warrant has been issued for former NFL player Antonio Brown after an altercation with a delivery man at Brown's South Florida home, police said.

Brown faces one count each of burglary with battery, burglary of an unoccupied conveyance and criminal mischief less than $1,000, according to Hollywood Police Department.

No charges were immediately filed against Brown, who police said they've unsuccessfully tried to contact.

The investigation started with a 911 call that someone made about a disturbance at Brown's home in Hollywood, about a 25-mile drive north of downtown Miami.

The driver of the delivery vehicle said he requested the $4,000 payment to deliver the household goods, the complaint said. When Brown refused, the driver started to leave.

As he drove away, Brown "picked up a rock and threw it" at the driver's truck, causing a "small dent and paint chip" on the driver's side door, the complaint says.

The driver said in the complaint that he returned to Brown's home after his company management said Brown was willing to pay the outstanding $4,000, and an extra payment of $860 for the vehicle damage and the driver's extra time.

Brown paid the $4,000 but refused to pay the extra amount, and the driver climbed back in the truck to leave, the complaint says.

Holt, then demanded the driver's keys to get Brown's property, the complaint says.

The group started "tossing" items back into the truck, damaging property after the alleged victim told them they had removed items that belonged to others, the complaint said.

Brown "retreated inside his residence and shut the door" when police arrived, the complaint says.

The victim said he suffered injuries, including scratches to his neck, shoulder and forearm and a cut on the tip of his finger, according to the complaint.

No attorney was listed for Holt in Broward County's online court records. He was being held earlier Wednesday in county jail with bond set at $20,000. Online records on Holt's status weren't available Wednesday night.

Brown without an NFL team after rape accusation

Brown had a tumultuous 2019 that left him out of the NFL.

Long a star with the Pittsburgh Steelers, the seven-time Pro Bowl selectee was traded to Oakland in March. But he quickly wore out his welcome, and Oakland released him before the 2019 season started.

The New England Patriots signed him in September, but three days later, one of his former offseason athletic trainers filed a lawsuit accusing him of rape and assault in 2017 and 2018.

Brown's attorney at the time said the relationship was consensual and that "Mr. Brown denies each and every allegation in the lawsuit." Brown also countersued his accuser.

Brown played one game with the Patriots, but the team released him on September 20, days after the lawsuit was filed.