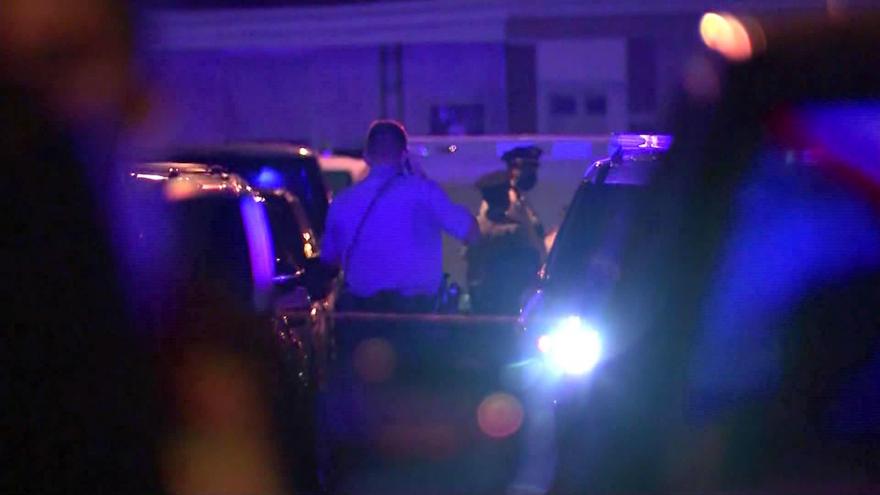 Police investigate the scene where 7 year old Zamar Jones was shot in the head on Saturday, August 1, 2020, in Philadelphia, PA.

(CNN) -- At least 98 individuals under the age of 18 have been shot in Philadelphia since the start of the year, according to data compiled by the Philadelphia Police Department.

The data includes at least 11 children under the age of 10. The youngest, a seven-month-old baby boy, died after being shot in the abdomen in February, during a shooting that also killed his mother.

The most recent shooting involving a child happened Wednesday night, when a six-year-old girl was shot in the chest. Police told CNN Friday that the girl was in stable condition at Temple University Hospital, and no arrests had been made.

Police data shows nine of the shootings were fatal. However, while the data lists as non-fatal the shooting of a seven-year-old boy in the head on August 1, a police press release three days later indicates that the boy died shortly after the shooting.

Dave Kinchen, spokesperson for Philadelphia's Office of Violence Prevention said in a statement that the city government was "heartbroken by the increased violence."

"Just this past weekend, the City launched the Group Violence Intervention strategy to target the small group of people who are driving the gun violence plaguing the city, and to send a clear message that the shootings must stop," Kinchen said.

"Stopping one shooting can potentially stop many others," Kinchen added.