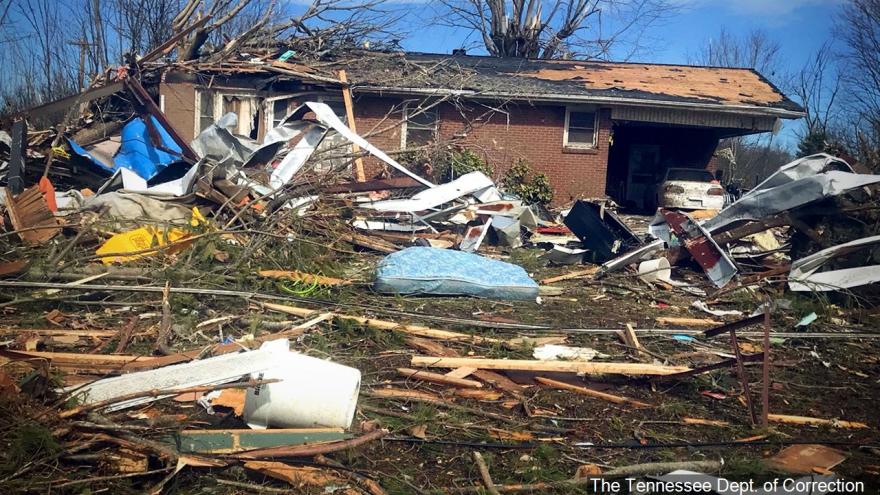 (CNN) -- An East Nashville couple and at least five young children died when two powerful tornadoes touched down in Tennessee earlier this week.

They were among the 24 people killed across four counties after storms moved through the state, shredding buildings and toppling power lines.

Authorities have identified the majority of the victims. Their ages range from 2 years to 67 years, and many had been in their homes. Here's what we know about them:

A talented bartender and her partner

Albree Sexton, 33, and Michael Dolfini, 36, were leaving the Attaboy Lounge, an east Nashville cocktail bar, when they were hit by debris, police say.

Dolfini worked there and Sexton was a bartender at The Fox Bar and Cocktail Club, which offered drinks originally created by the couple in their honor.

"Albree was a talented and inspired bartender, but more importantly, she was a bright light and a truly wonderful person," the restaurant wrote on Instagram.

A 4-year-old girl was among 5 children dead

The Collegeside Church of Christ in Cookeville confirmed Wednesday that two of its members were killed in the tornado that hit Putnam County.

Hattie Collins, 4, has died. Authorities said she's one of five children younger than 13 years who died in Putnam County.

Several of her family members are being treated at a local hospital, the church said.

Another church member, 67-year-old Patricia Lane, also died in the tornado, according to the church.