An explosion has shaken northwest Houston 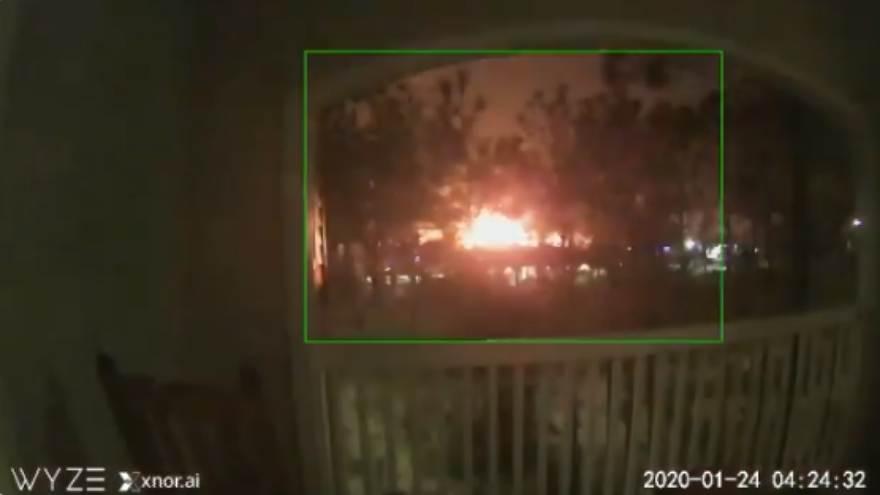 (CNN) -- An explosion at a northwest Houston business shook part of the city early Friday, sending at least one person to a hospital, damaging nearby homes and sending firefighters scrambling to put out a resulting fire.

The blast -- which occurred at Watson Grinding and Manufacturing, according to CNN affiliate KTRK -- happened around 4:15 a.m. local time (5:15 a.m. ET) in the 4500 block of Gessner Road, about an 18-mile drive northwest of downtown, authorities said.

Video posted to Twitter from a camera that was mounted to a home window appears to show the blast in the distance, followed by a rising fireball.

Residents in the area have reported damage to their homes, including broken windows and doors, KTRK reported.

One resident told CNN affiliate KTRK that "the whole ceiling fell in" at her home.

"I thought maybe the house had gotten hit by lightning. And then I realized there was no storm," the resident told KTRK. "No one can figure out what happened."

At least one person was taken to a hospital as a result of the explosion, the city fire department said.

More than an hour after the explosion, aerial video from KTRK showed smoke and flames rising from the blast site.

This story is developing and will be updated.