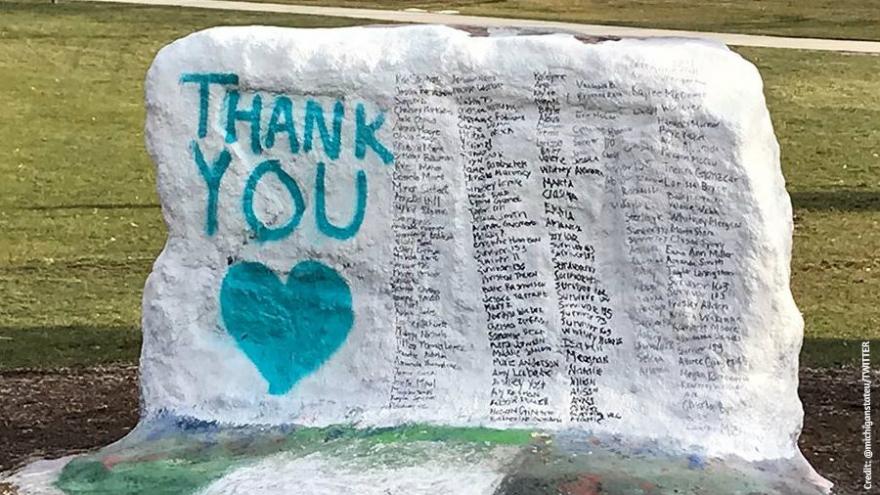 (CNN) -- The boulder is known simply as "The Rock" and it's a fixture on the campus of Michigan State University.

It's a constantly changing billboard. Students leave everything from birthday greetings to political messages, one layer of paint at a time.

Since late last week, when doctor Larry Nassar was sentenced to 175 years for sexually abusing girls and young women for decades, the Rock has sported a powerful new look.

Students painted the boulder white, along with the words "THANK YOU" in teal, and a heart.

They also hand-painted the names of more than 150 women who accused Nassar of abusing them.

The choice of teal was deliberate. It's the color of sexual assault awareness.

"We did this to show our support for the survivors and thank them for being so brave," tweeted student LaKeshia Bortz.

Nassar, once a world-renowned sports physician who treated the US's top Olympic female gymnasts, was a Michigan State University doctor. More than 150 women appeared at his sentencing this month to accuse him of abuse.