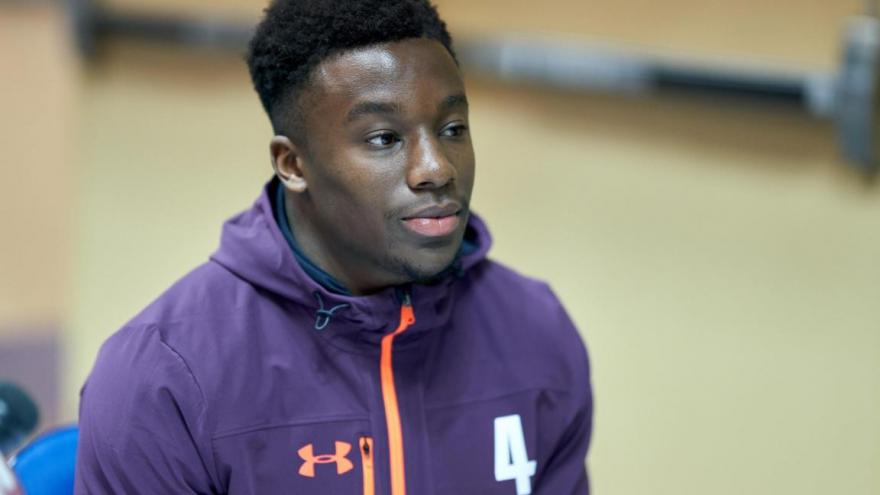 (CNN) -- Corey Ballentine went from the highest of highs to the lowest of lows over the weekend.

Despite playing football at a low-profile Division II school, Ballentine was drafted by the NFL's New York Giants on Saturday night, the culmination of years of hard work on and off the field.

"I've been waiting on this opportunity for a lifetime really," he told Giants coach Pat Shurmur after hearing the news.

But in a tragic turn just hours later, Ballentine was injured in an off-campus shooting in Topeka, Kansas, that killed one of his Washburn University teammates.

Dwane Simmons, a 23-year-old defensive back, was killed in the shooting, said Washburn President Jerry Farley.

Farley said Ballentine, who was drafted in the sixth round by the Giants, is expected to make a full recovery.

"Both Dwane and Corey have been great examples and representatives of the football team and of Washburn University in general," Farley said in a statement. "This was a terrible way to end a day which should have been a day of celebration and a day to look forward to Dwane's upcoming year at Washburn and the beginning of Corey's professional career."

The Giants said they are aware of the situation and are gathering information.

"We have spoken to Corey, and he is recovering in the hospital. Our thoughts are with Dwane Simmons' family, friends and teammates and the rest of the Washburn community," the team said.

Ballentine, a six-time member of his conference's Academic Honor Roll, was the 180th person taken in the 2019 NFL draft.

"It's all a crazy dream until you do it," he tweeted. "I can't even explain the emotions I have right now. (Shoutout) the people that told me to pick a more realistic career. This is as real as it gets. Thank you to the Giants organization for believing in me. It's only up from here. #GiantsPride."

In a video posted to the Giants website, Ballentine told Shurmur how happy he was to join the NFL team.

"Well, you're not in the conversation," coach Shurmur said with a smile. "You're in the locker room now."