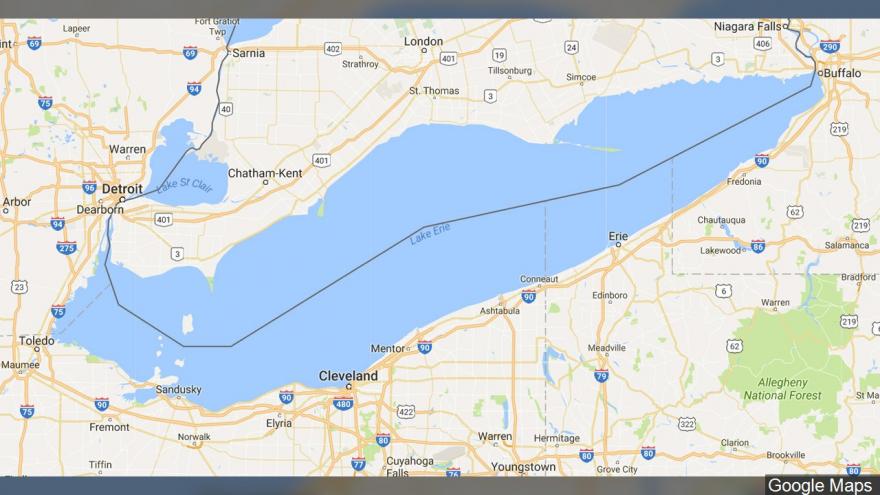 (CNN) -- Voters in Toledo, Ohio, will decide next week whether to give Lake Erie the kind of rights usually granted to a person.

The Lake Erie Bill of Rights, a ballot initiative in Tuesday's special election, would establish "irrevocable rights for the Lake Erie Ecosystem to exist, flourish and naturally evolve" and "a right to a healthy environment for the residents of Toledo."

Opponents say the law could cost the region jobs and have vowed to fight it in court, should voters approve it.

Residents pushed to get the issue on the ballot amid anger over Toledo's 2014 water crisis, during which city officials told residents of Ohio's fourth-largest city not to touch their tap water. Following an algae bloom in Lake Erie, federal experts found a toxin in the city's drinking water, potentially making it unsafe for human contact.

"These folks kept calling the cavalry, and the cavalry never came," he told CNN, adding that the ballot measure "comes from a frustration over a lack of protections in state and federal law."

Can lakes have rights?

"Basically, Lake Erie is dying, and no one is helping," Linzey said. "And this is the first time this type of law has been applied to this type of ecosystem."

Linzey, who co-founded CELDF in 1995, has dedicated much of his career to advancing new legal arguments aimed at the idea that the natural environment can have rights.

"We're waking up as Western civilization," he said, referencing Native American traditions that afforded great reverence to the natural environment.

Linzey's organization has worked with lawmakers around the world, notching successes in Bolivia, India, New Zealand and Ecuador, which in 2008 recognized rights of nature in its Constitution, he said.

In the United States, the group has worked with communities from Youngstown, Ohio, to Spokane, Washington, on similar "rights of nature" initiatives, though they haven't always survived court challenges.

The Ohio Supreme Court last month gave its blessing to Toledo's ballot initiative, setting the stage for next week's vote and possibly signaling a breakthrough opportunity for Linzey and his organization.

"If (the initiative) wins, it begins a conversation on who speaks for the lake," he said.

Not everyone is cheering

The measure, though, has its critics. Toledo City Council President Matt Cherry told CNN he's "100% against" the Lake Erie Bill of Rights, which he said "immediately will go into litigation if it passes."

The legislation would "deter industries from coming to Toledo," possibly costing the region jobs, Cherry said. The city also could end up spending taxpayer dollars to defend the law in court, he said.

Meantime, Toledo "has already done a lot" in response to the city's 2014 water crisis, including spending "almost $1 billion" on taxpayer-funded upgrades to its water treatment plants, Cherry said.

While organizers of the Lake Erie Bill of Rights have a legitimate gripe with the commercial animal-feeding operations that feed into Lake Erie tributaries, Cherry said, those conflicts have nothing to do with Toledo and should be taken up at the state or federal level.