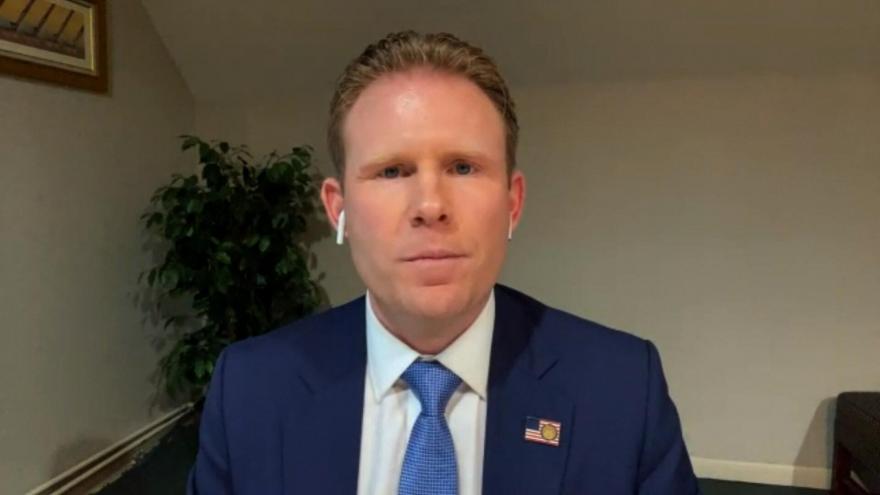 Andrew Giuliani, son of former New York mayor Rudy Giuliani, has announced his candidacy for governor of New York in 2022.

(CNN) -- Andrew Giuliani, son of former New York mayor Rudy Giuliani, has announced his candidacy for governor of New York in 2022, he told CNN on Tuesday.

Giuliani will run for the GOP nomination in his bid to take over the position from embattled Gov. Andrew Cuomo, a Democrat, who has been ensnared in scandals involving sexual harassment allegations and information-sharing pertaining to nursing home Covid-19 deaths. But Giuliani will face a steep uphill battle in the heavily Democratic state, and his candidacy could help hand another win to the party as his proximity to former President Donald Trump would likely be seen as a liability in a state where the former President is widely unpopular.

While Giuliani is running as a Republican, he tells CNN, "we're running for all New Yorkers."

"This is for any New Yorker that believes that in 2022 we need to save New York," he said.

For those wondering whether New York will "come back," he says, "I believe we can stay and fight and we will win."

Giuliani has never served in elected office, but he touts his work under in the Trump administration's White House's Office of Public Liaison -- saying on his website that during his tenure he was "directly involved with several initiatives that saved millions of American jobs amid the coronavirus pandemic."

When asked how he decided to run, Giuliani described his time after leaving the White House working to get the former President settled in Florida and says he felt an "intangible optimism" akin to "that feeling I used to get" walking through NYC and NY state.

"NY deserves someone who is going to fight and change New York," Giuliani said.

Giuliani said should he run against Cuomo in the general election, he would "look forward to pointing out how New York failed" under him for the last 10 years.

"The President said to me, he said, you know 'Holy smokes Giuliani -- Cuomo, that's like Ali-Frazier,'" Giuliani said.

"I think it will be the biggest race in the country if it's the two of us," Giuliani said.

Cuomo has not declared yet whether he will seek a fourth term.

Giuliani's father, Rudy, has been the focus of an investigation concerning his activities in Ukraine, including whether he conducted illegal lobbying for Ukrainian officials while he pursued an investigation linked to Trump's primary political rival, President Joe Biden, CNN has reported.

The younger Giuliani called that probe "a political investigation."

"In time he's going to be completely vindicated," and people will realize this is "another instance of the justice department going way way overboard."

The elder Giuliani hasn't been charged and has denied wrongdoing. Federal authorities recently searched properties associated with him.