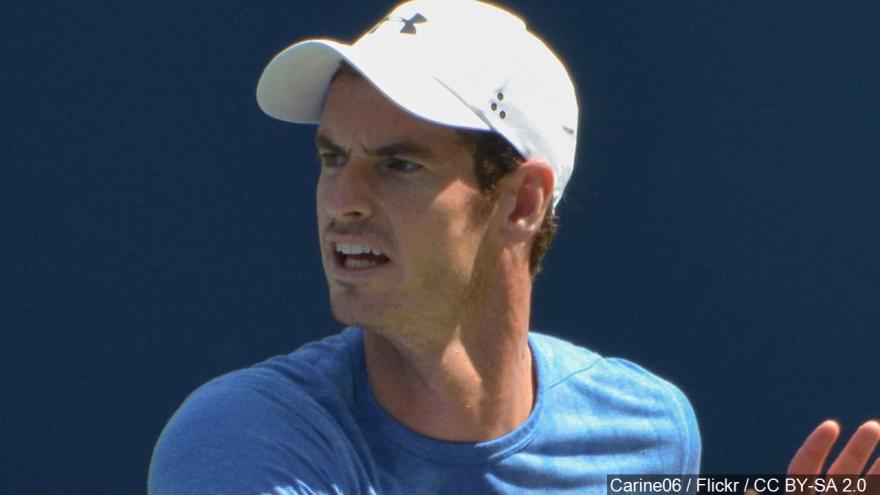 (CNN) -- After making a remarkable recovery from a hip injury that threatened to end his career, Andy Murray won't be playing at next month's Australian Open after all.

The five-time Australian Open finalist has been forced to pull out of next month's event due to a different injury, to his pelvis.

The injury hampered the three-time grand slam winner at the end of the 2019 season and he then canceled a pre-season training block scheduled for Miami in December. He will also miss the new ATP Cup event prior to the year's first major.

"I've worked so hard to get myself into a situation where I can play at the top level and I'm gutted I'm not going to be able to play in Australia in January," Murray said in an emailed news release issued by Tennis Australia.

"After the (Australian Open) this year, when I wasn't sure whether I'd be able to play again, I was excited about coming back to Australia and giving my best, and that makes this even more disappointing for me.

"Unfortunately I've had a setback recently and as a precaution, need to work through that before I get back on court competing."

Last January, Murray wept in a press conference when he said he intended to retire because of the hip injury.

The plan was to compete at the Australian Open and make his farewell at his home major, Wimbledon.

After his dramatic five-set loss to Roberto Bautista Agut in the first round in Melbourne, however, Murray decided to undergo hip resurfacing surgery in a bid to rescue his career -- and simply improve his quality of life.

The 32-year-old father of three made a triumphant return in doubles just before Wimbledon and played mixed doubles with Serena Williams at Wimbledon before winning his first singles title in two years in Antwerp, Belgium.

"I know how excited Andy was about coming back to compete in Australia in January, and how disappointed he is not to make it for 2020," Australian Open tournament director Craig Tiley said in the release.

"Andy's last match at the Australian Open was a five-set roller coaster that none of us who witnessed it will ever forget. His determination and iron will was on display for all to see, and it's that fighting spirit that has driven him to come back from a potentially career-ending injury to achieve the results he has this year.

"Although we will miss him in January, we wish him all the very best for his recovery and look forward to seeing him back on court very soon."

Visit our tennis page for more news and videos

Novak Djokovic is the defending men's champion at the Australian Open, which begins January 20.

The player he beat in last year's final, Rafael Nadal, will tie Roger Federer atop the men's grand slam list with 20 grand slam titles if he wins the tournament.