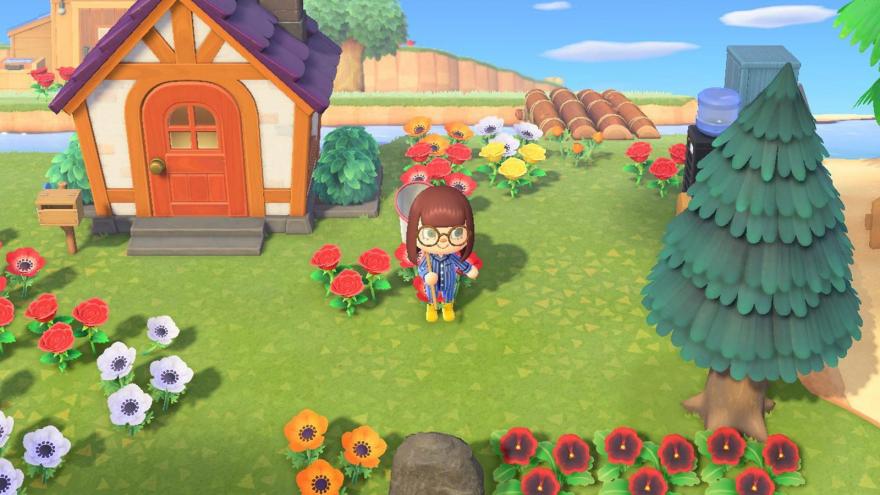 The premise of the game is simple: Players are dropped onto a deserted island; they help develop it into a little village of animal neighbors and then ... kind of do whatever they want.

(CNN) -- The world seems like it's ending. It's enough to make you want to flee to an island populated entirely by friendly animals, tend to a little farm and live out the rest of your life in soothing, pastoral tranquility.

Restless coronavirus shut-ins around the world are obsessed with the latest installment of the long-running and ever-popular "Animal Crossing" series, which debuted for Nintendo Switch right as millions were holing up to protect themselves from the pandemic.

There's a reason the popular game has rocketed to a cultural sensation in just a few short days: Its simple, gentle world is providing players with something that, like toilet paper and fresh fruit, seems to be in short supply: A sense of normalcy.

It has an uncomplicated and non-competitive premise

The premise of the game is simple: Players are dropped onto a deserted island; they help develop it into a little village of animal neighbors and then ... kind of do whatever they want. The game offers tasks centered around relaxing activities like farming, fishing, building structures and chatting with other villagers. Popular streamers and video game influencers have eagerly confessed to spending hours upon hours in the game, customizing their characters, building dream houses and interspecies friendships and tilling little pixelated gardens all through the night.

Some players have even used the game to recreate real-life experiences, like weddings and get-togethers, that the current crisis has stolen from them.

New Horizons is the 7th version of the Animal Crossing series. It received rave reviews upon release and has broken sales records overseas (Nintendo told CNN they could not offer US figures at the time of publication).

Perhaps it's all the indoor free time people have now, or because players can social distance themselves right out of reality and into a kinder, gentler world filled with quiet hobbies and talking raccoons. Whatever the reason, Animal Crossing will forever be a I

Amanda Roth, a 33-year-old from Orlando, Florida, says Animal Crossing fans like herself have been anticipating the game for a while. After Roth got laid off from her job as a social media manager for Westgate Resorts as a result of coronavirus measures, the game was a welcome escape.

Roth deals with anxiety and bipolar disorder, and she says the positive, engaging nature of the game helps her cope, both with her mental health and with the stresses of the world at large.

"This game has been such a life saver for me," she says. "It's truly an escape from the s***storm of a world we're currently living in."

It has created a wholesome community

Andrew LaMaster, a 31-year-old project manager for a utility company in South Florida, says he had never played an Animal Crossing game before New Horizons came out. LaMaster decided to pick it up after he noticed people in some of his online communities talking about hunkering down with the game during quarantine measures.

Now, it's become a daily topic of conversation between him and other friends stuck at home. "When I turn it on, I have a bunch of friends online and every single one is playing Animal Crossing," he says. "I don't think I've seen that on any gaming system before; everyone on the same game."

Online forums and messaging platforms like Reddit and Discord are teeming with groups for swapping tips, trades, anecdotes and inside jokes from the game. Screenshots of bizarre, charming moments and outrageous character customizations are so commonplace on Twitter, it's hard to escape the rapture of the Animal Crossing fandom.

Not to mention, the simple, inoffensive gameplay makes it easy for all generations to participate. LaMaster has four children, and he says part of his enjoyment comes from watching them thrill at little details in the game, or the cute animal villagers that populate it.

"It's not overly flashy like other big games you see, but the satisfaction of collecting different items to accomplish the goals and tasks you get in the game is fulfilling," LeMaster says.

"Yeah, it's kind of mundane stuff, but that's by design."

As it so happens, with normal life on hold and the shadow of a pandemic looming over the near future, "mundane" is exactly the kind of escape people are searching for.