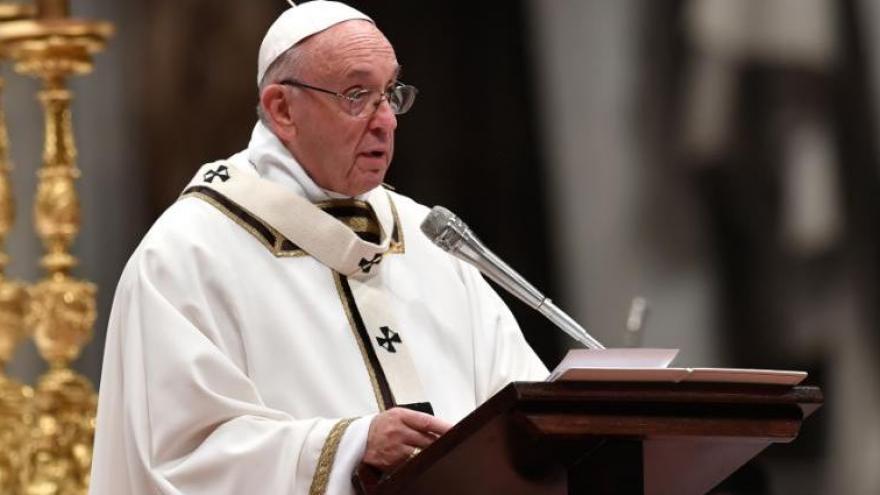 (CNN) -- About 2,000 homeless people and refugees will attend a circus performance in Rome Thursday, courtesy of Pope Francis.

But not everyone is applauding the gesture.

Animal rights groups in Italy and the United States are condemning the move and calling on the Pope to rethink the plan, saying that "animals are not ours to use for entertainment."

The Vatican announced Wednesday that Circo Medrano, an Italian circus group, would offer 2,100 free places for the Pope's participants. It's part of Francis' ongoing outreach to the poor, homeless, refugees and incarcerated in Rome, via the Vatican's almsgiving office.

In a statement Wednesday, People for the Ethical Treatment of Animals (PETA) appealed to the Pope to change his plans on the grounds that "animals are not ours to use for entertainment."

"His Holiness' concern for the downtrodden must rightly extend to the wild animals who have been taken from their homelands and are enslaved, caged, chained and beaten so that they'll perform tricks that baffle and stress them," PETA said.

PETA named the Pope its 2015 Person of the Year. The organization says it was due to his choice of the name of St. Francis, the patron saint of animals, and because of his 2015 encyclical, Ladauto Si', in which he writes, "Every act of cruelty towards any creature is contrary to human dignity."

Brian Casartelli, a spokesman for Circo Medrano, told CNN that the circus meets all regulations for humane treatment of animals.

"One animal does a five-minute exhibition in a show, the rest of the time we are in training or they are out in the open and we have studied and made a plan with veterinarians in how to best treat the animals," he said.

While Francis has not directly addressed circus animals, he has in the past spoken about how some people seem to prioritize animals above other people.

"Sometimes you feel this (pity) toward animals, and remain indifferent to the suffering of others," Francis said at a Vatican audience in 2016. "How many times do we see people so attached to cats, dogs, and then leave without helping the neighbor in need?"

Those invited by the Vatican to attend the circus Thursday will also receive a free medical check-up and a sack lunch. In the past few years, the Pope also has opened laundromats for the poor and facilities that have showers, barber salons and medical services.