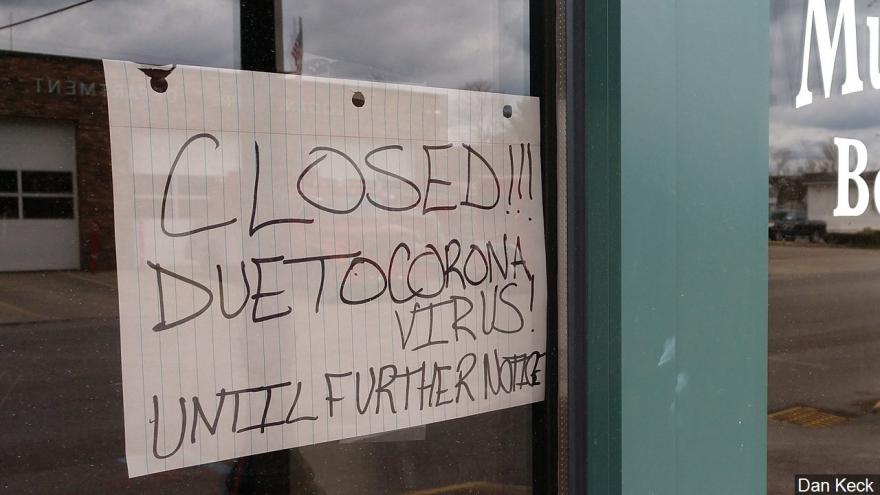 (CNN) -- Another 6.6 million people filed for unemployment benefits last week, according to the US Department of Labor, as American workers continue to suffer from devastating job losses, furloughs and reduced hours during the coronavirus pandemic.

It was the second largest number of initial unemployment claims in history, since the Department of Labor started tracking the data in 1967.

Altogether, more than 14 million American workers have sought aid in the form of jobless benefits since mid March.

Numbers at that level are startling and contrast starkly with any other economic downturn on record, especially because of how quickly they've surged.

Job losses during the Great Recession for example — as deep as they were — came at a much slower pace. It took two years for 8.6 million Americans to lose their jobs in that crisis. This time around, as businesses across the country close to slow the spread of coronavirus, the unemployment crisis has been far more acute, condensed into just a few weeks.

How bad can it get?

The recoveries from both those downturns were painfully slow, dragging on for years. Economists are hoping the recovery from this downturn will be faster, but ultimately, that will depend on when the coronavirus outbreak is contained.

Aid from the government

In the meantime, government stimulus could help some workers pay their bills. Congress included a historic expansion of unemployment benefits in its $2.2 trillion relief package passed two weeks ago. It includes a $600 weekly increase for up to four months, on top of state unemployment benefits. Workers in some states will start to receive those extra benefits this week.

State labor agencies have been upgrading their servers and adding staff, as they struggle to keep up with the sudden influx in claims. In many states, the computer systems that process claims run on a decades-old programming language known as COBOL. After his state was inundated with skyrocketing claims, New Jersey Governor Phil Murphy put out a call for volunteers who know how to code in COBOL to help maintain the overloaded system.

And in Florida, crowds of people have lined up to file paper applications for unemployment benefits after the state's online and phone systems were also overwhelmed.

— This is a developing story. It will be updated. CNN's Tami Luhby and Alicia Lee contributed to this report.