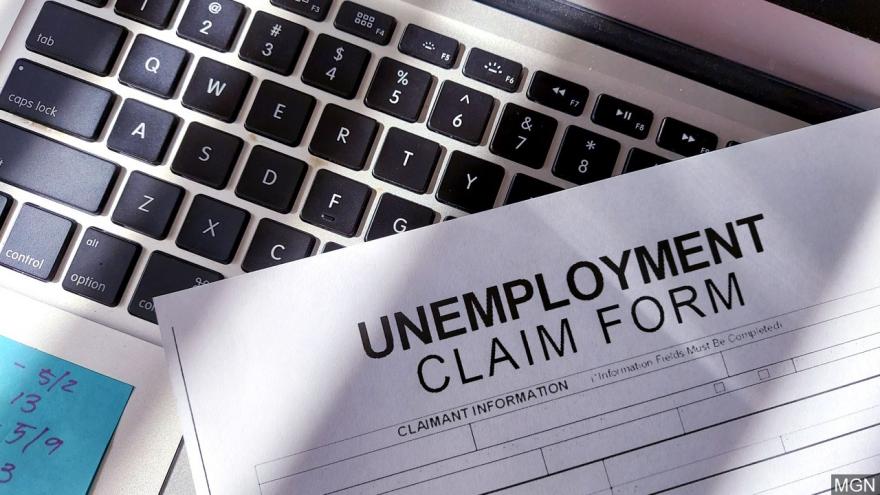 (CNN) -- America's jobs recovery might have hit a roadblock, as the number of workers filing for first-time unemployment benefits was unchanged between last week and the one prior.

Another 884,000 Americans filed for first-time jobless aid on a seasonally adjusted basis last week, the Labor Department reported on Thursday. The number of claims filed was unchanged from the prior week.

Without the seasonal adjustment, weekly initial claims were slightly lower, but had still increased from the prior week.

That said, the headline number only counts claims for regular benefits that not everyone who lost their livelihood due to the pandemic has access to. That's why claims for benefits under the Pandemic Unemployment Assistance (PUA) program, that help workers like independent contractors, are so important. First-time claims under the PUA program totaled 838,916 last week, up from the prior week.

Meanwhile, 13.4 million American workers filed claims for unemployment insurance for at least two weeks in a row. That's up slightly from the previous week and is not a great sign for the jobs recovery.

In the week ending August 22, a total of 29.6 million Americans were claiming some form of benefits under the government's various programs, the Labor Department said.

Government spending on unemployment benefits soared to $53 billion in August, compared to just $2 billion the year before, and accounted for about half the increase in government spending last month, the Congressional Budget Office said Wednesday.

From April through August, unemployment benefits spending was $410 billion more than in the same five months in 2019.

Jobless aid was boosted by a weekly $600 until the end of July, when the expansion ran out. Since Congress hasn't been able to agree on a new stimulus bill, President Donald Trump signed an executive order to expand weekly payments again -- although by less money -- by diverting money from the Federal Emergency Management Agency.

While benefits from the president's Lost Wages Assistance program are starting to flow for some jobless workers, they're already ending for others. Texas, for example, has already announced the cessation of the weekly boost.

FEMA said states will be able to get six weeks of enhanced payments. So far, it has distributed $30 billion of the $44 billion available.

The number of states turning to the federal government for loans to fund their state benefits continues to grow. Some 15 states have borrowed a total of $28.8 billion to cover their state payments, which typically last 26 weeks. Georgia and New Mexico are among the states that began borrowing this month.

A total of 19 states have been authorized to take loans from the federal government. California leads the pack with an outstanding balance of $11.9 billion, followed by New York at $7.1 billion.

It's not uncommon for states' unemployment trust funds to run dry during economic downturns. But states must still pay benefits to their jobless residents, forcing them to turn to the federal government for loans.