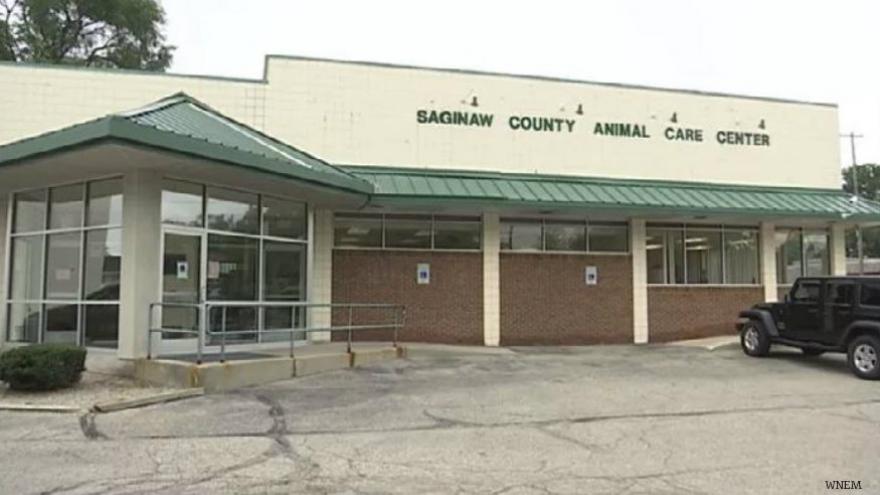 Saginaw County Controller Robert Belleman confirmed the shelter is $56,000 behind in revenue and $102,000 over in expenditures for the current fiscal year, which ends on Sept. 30.

That adds up to a projected budget deficit of about $160,000 for the fiscal year, according to Belleman.

The county controller said on Aug. 9 he will go to the county administration and ask for additional appropriations to cover the deficit.

That money would come from the general fund, the animal shelter’s fund balance and its public donations, according to Belleman.

Belleman said he was not aware of the budget issue until the day after Lisa Stoffel was placed on administrative leave.

You may remember the former director was placed on leave after questions were raised about her educational background.

She resigned effective July 23, “I need to get my credits found and this situation worked out. I have enrolled in a University."

At issue was a transcript submitted on her application.

Following Stoffel's resignation, Belleman said he learned some invoices dating back to 2017 had not been paid. He said he learned the county’s budget lock process had stopped payment because of the funding issue.

Despite that, Belleman said Proposal 1, which is up for a vote in the Aug. 7 election and would provide additional funds to the shelter, will stay on the ballot.

The Board of Commissioners may vote on whether to grant appropriations to cover the shelter’s deficit on Aug. 21.