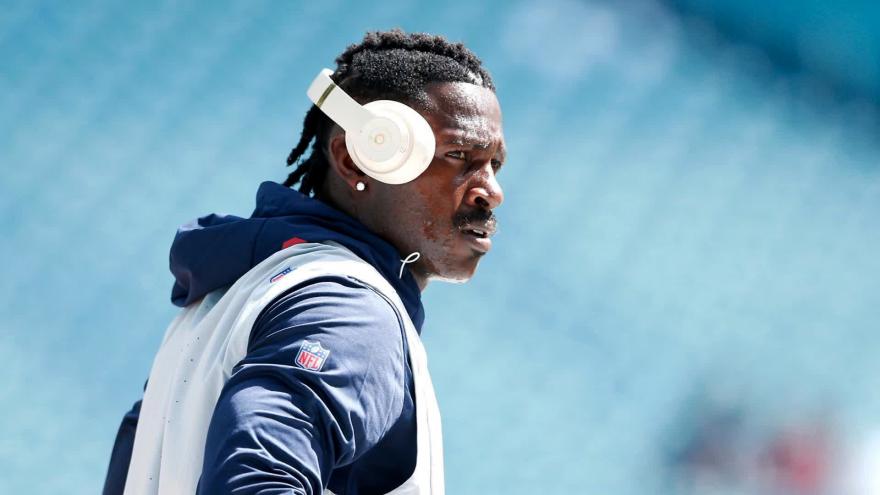 (CNN) -- With his NFL career apparently over, receiver Antonio Brown has enrolled in online classes at Central Michigan University to finish his college degree.

Brown posted a photo on his Instagram Story of a piece of paper with several classes for the fall semester at CMU, along with the text "Back to school." The image shows that the talented but mercurial player is enrolled in Introduction to Management and an English class on Technical Writing. Starting in October, he will be taking a religion class called "Death and Dying" and a sociology class on racism and inequality, the photo shows.

Central Michigan confirmed that Brown is currently enrolled in online degree completion coursework at the university. The online courses began last week. Brown does not attend classes on a CMU campus, CMU said.

Brown attended Central Michigan for three years before foregoing his senior year to enter the NFL.

The 31-year-old has plenty of time to complete the classes after he was released by the New England Patriots last week -- his third team in a year.

Brown tweeted Sunday morning that he "will not be playing in the NFL anymore." He also tweeted and then deleted attacks at his former Pittsburgh Steelers quarterback Ben Roethlisberger and Patriots owner Robert Kraft.

Long a star with the Steelers, the All-Pro receiver was traded to Oakland in March and signed a deal worth up to $30 million in guaranteed money. But he quickly wore out his welcome with his erratic behavior, and Oakland ultimately released him.

The Patriots signed Brown, but shortly after his move to New England, Brown was accused in a federal lawsuit of sexual assault and rape. Brown's attorneys have denied any wrongdoing.

In addition, Sports Illustrated reported on several lawsuits and allegations of misconduct against Brown. The magazine reported that an artist hired to paint a mural inside Brown's home in Pittsburgh in 2017 said he appeared naked behind her on her second day of work, holding a small hand towel over his genitals.

Further, the artist's attorneys said that Brown had sent threatening text messages to her after the SI story was published.

That was too much for the Patriots, who released him on Friday.