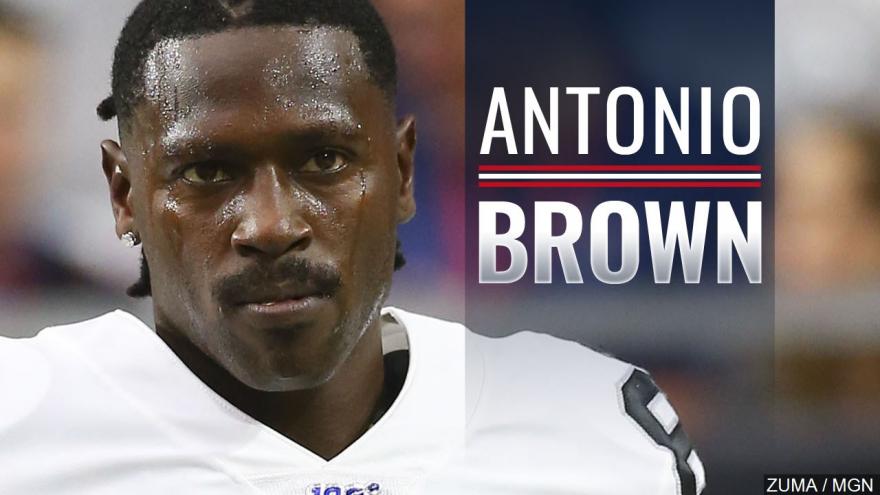 (CNN) -- Former NFL player Antonio Brown has surrendered to the Broward County Jail just one day after a warrant was issued for his arrest, according to CNN affiliate WFOR.

Brown turned himself in just before 10 p.m. Thursday, and was seen walking with a man who appeared to be his attorney who told WFOR he advised Brown not to make a statement but that he was innocent and would be acquitted.

Brown faces one count each of burglary with battery, burglary of an unoccupied conveyance and criminal mischief, the Hollywood Police Department said.

Police issued an arrest warrant for Brown in Hollywood, Florida, after an incident at his home in which he and his coach allegedly assaulted a moving truck driver, authorities said Wednesday.

The alleged victim told police that Brown and his coach, Glenn Holt, "battered" him when he was delivering Brown's household items that he stored in California, a complaint said.

Brown refused to pay for service

The driver of the delivery vehicle said he requested the $4,000 payment to deliver the household goods, according to the complaint. Brown refused to pay, and when the driver started to leave he threw a rock that dented the truck and chipped the paint.

The driver returned to the home after his company told him the former football player was willing to pay the outstanding $4,000, and an extra $860 for the vehicle damage and the driver's extra time.

Brown paid the $4,000 but refused to pay the extra amount, and the driver climbed back in the truck to leave, the complaint says.

Brown argued with the driver, climbed into his vehicle and "started to physically grab and pull" him, ripping his shirt and causing multiple abrasions, the complaint says. When the driver refused to hand over the keys, Holt grabbed the keys from the ignition, unlocked the truck and Brown and several friends jumped in and started removing boxes, the complaint says.

The victim said he suffered injuries, including scratches to his neck, shoulder and forearm, and a cut on the tip of his finger, according to the complaint.

Police arrived at the scene and Brown retreated inside his residence and shut the door.

Holt, 35, was arrested on a felony charge of burglary with battery, police Officer Christian Lata told reporters. No attorney was listed for him in online court records. CNN's attempts to reach a representative for Brown weren't immediately successful.

Brown without an NFL team after rape accusation

Brown had a tumultuous 2019 that left him out of the NFL.

Long a star with the Pittsburgh Steelers, the seven-time Pro Bowl selectee was traded to Oakland in March. But he quickly wore out his welcome, and Oakland released him before the 2019 season started.

The New England Patriots signed him in September, but three days later, one of his former offseason athletic trainers filed a lawsuit accusing him of rape and assault in 2017 and 2018.

Brown's attorney at the time said the relationship was consensual and that "Mr. Brown denies each and every allegation in the lawsuit." Brown also countersued his accuser.

Brown played one game with the Patriots, but the team released him on September 20, days after the lawsuit was filed.