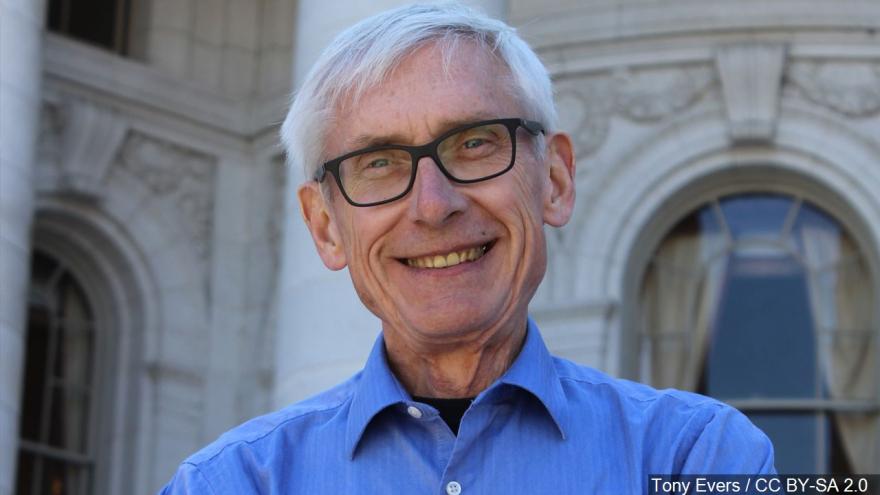 Evers plans to issue the pardons Monday, the first he's making as governor after he re-started the pardons board in June. Evers' predecessor, Republican Scott Walker, never issued a single pardon over his eight years as governor.

The planned pardons, provided to The Associated Press ahead of a news conference on Monday, are the first in the state since Democratic Gov. Jim Doyle pardoned more than 100 people in his final three months in office in 2010.

Evers was to pardon Eric Pizer, Kevin Sorenson, Mwangi Vasser and Steven Nichols. All four "have paid their debt to society, made amends, and contributed to their communities," Evers said in a statement. "I believe they deserve a second chance."

Pizer got into a bar fight when he was 22 while celebrating his return home from his second tour of duty in Iraq as a Marine. Pizer, now 38, said his felony battery conviction prevented him from pursuing a career in law enforcement and being able to hunt.

Sorenson was convicted of selling the drug ecstasy at a party when he was 17. After completing probation, he got a job as an Air Force civilian employee. Sorensen, now 36, said a pardon would open up more military service opportunities, including volunteering for deployment.

Vasser was 19 when he was arrested for selling cocaine. He went on to receive his doctorate in theology. Now 40, he sought the pardon to pursue being a military chaplain.

Nichols was convicted of felony burglary when he was 21. Now 62, he sought a pardon to be able to hunt and travel to Canada for the Calgary Stampede, an annual rodeo, exhibition and festival.

A pardon doesn't erase or seal a conviction, but it does restore the right to own a gun; to vote; to be on a jury; to hold public office; and to hold various licenses. A pardon doesn't keep someone's criminal record from showing up on background checks, but applicants often say clemency makes them more attractive to employers.

The pardons come less than a week after Evers received a request from Brandon Dassey, one of the subjects of the 2015 Netflix series "Making a Murderer." Dassey is serving a life sentence in the 2005 slaying of Theresa Halbach. Evers had said he would consider the application, even though Dassey does not meet the qualifications Evers set for pardons. His rules call for instantly disqualifying anyone who's still serving their prison sentence.

Dassey is also seeking a commutation that would shorten his sentence. The last time a governor commuted a prison sentence was in 1995.

Wisconsin is one of 30 states where the governor has the exclusive power to grant pardons, according to the National Association of Criminal Defense Lawyers Restoration of Rights Project. In 10 other states, governors must first get approval from another entity, such as a pardons board.

Evers receives recommendations from Wisconsin's pardons board, but the final decision is his. To date, the board has received 210 applications, according to Evers' office. Evers granted pardons to all four people the board has recommended for clemency so far. Ten more have hearings scheduled for Oct. 14.

Pardons were commonly issued by governors in both parties before Walker. Republicans Tommy Thompson and his successor, Scott McCallum, issued a combined 262 pardons from 1987 through 2002. Doyle granted nearly 300 during his eight years in office.