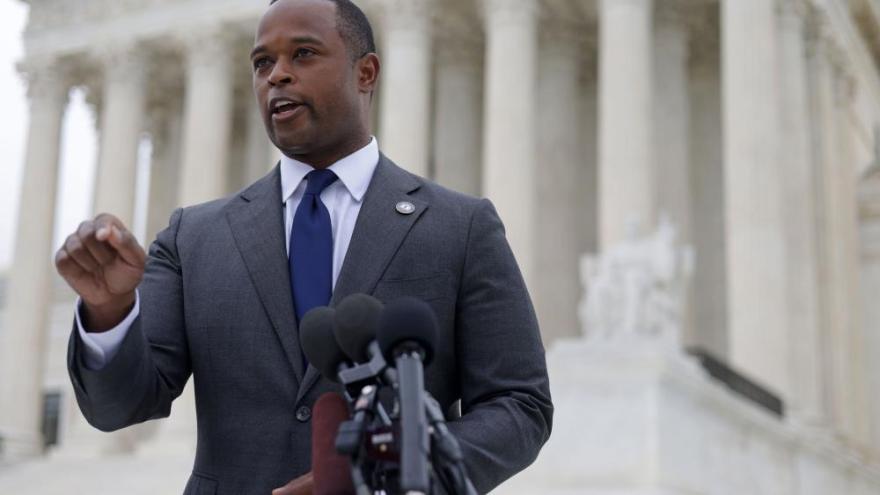 A Kentucky court of appeals has reinstated the state law banning abortion. Pictured is Kentucky Attorney General Daniel Cameron speaking to members of the press at the Supreme Court on October 12, 2021 in Washington.

(CNN) -- A Kentucky state court of appeals has reinstated the state's so-called "trigger law" banning abortion as well as a separate law banning the procedure after roughly six weeks of pregnancy, siding with Attorney General Daniel Cameron and allowing the laws to temporarily be enforced while the case proceeds in the courts.

"I appreciate the court's decision to allow Kentucky's pro-life laws to take effect while we continue to vigorously defend the constitutionality of these important protections for women and unborn children across the Commonwealth," Cameron, a Republican, said on Twitter.

Rebecca Gibron, the CEO of Planned Parenthood Great Northwest, Hawai'i, Alaska, Indiana, Kentucky, said in a statement that it was a "devastating day for all Kentuckians."

"Abortion is essential health care, and it is irresponsible and dangerous to prevent people from accessing the care they need," Gibron said.

The order came in a case brought by Planned Parenthood and other providers challenging the laws. Previously, the appeals court, as well as the state Supreme Court, declined to reverse a temporary restraining order issued against the two laws by the Jefferson Circuit Court. But on July 22, the circuit court issued a temporary injunction that the appeals court put on hold on Monday.

After the July 22 move, "this matter is now properly before the Court for consideration of the request for emergency relief," the appeals court said Monday.