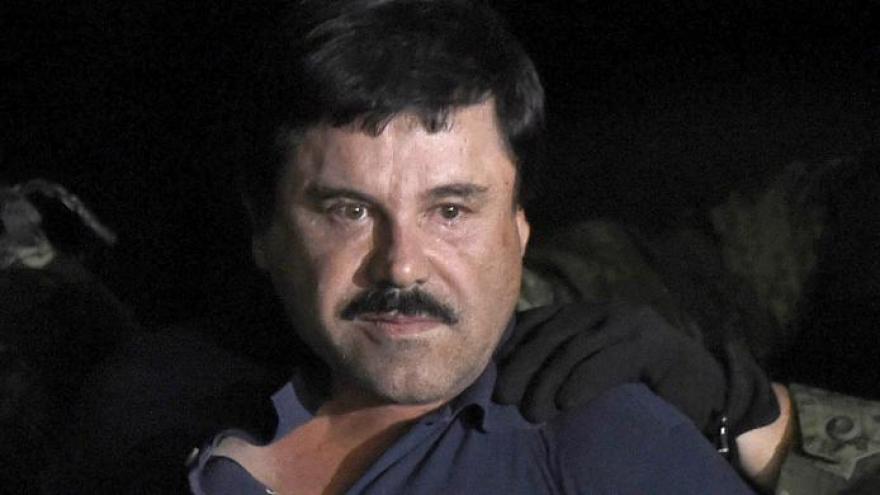 (CNN) -- A panel of appellate judges on Tuesday upheld the 2019 conviction of notorious Mexican drug cartel leader Joaquin "El Chapo" Guzmán, rejecting his assertions that he was treated unfairly.

In their decision, the three judges ruled that US District Judge Brian Cogan, who oversaw Guzmán's federal case in Brooklyn, conducted the three-month trial "with diligence and fairness, after issuing a series of meticulously crafted pretrial rulings."

Guzmán was convicted in 2019 of 10 counts, including engaging in a continuing criminal enterprise, drug trafficking and firearms charges. He was sentenced to life in prison plus 30 years and ordered to pay $12.6 billion in forfeiture.

His appeal had argued that his conviction should be overturned, saying he was denied his right to a fair trial and the effective assistance of counsel because of his strict pretrial detention conditions. He also asked that a new trial be granted based on alleged juror misconduct, among other arguments.

The panel of appellate judges said in their decision that "we conclude that none of these claims has merit."

Prosecutors declined to comment. Guzmán's attorney Marc Fernich indicated they are likely to appeal to the Supreme Court for further review.

"While respecting the Court's ruling, we're disappointed that substantial allegations of grave jury misconduct continue to be swept under the rug and left wholly unexamined in a case of historic proportion — all, it appears, because of the defendant's matchless notoriety," Fernich said in a statement. "I'm sure a petition for Supreme Court review will follow in due course."

Guzmán, once listed on Forbes' Billionaires List, has long been a slippery and near-mythical figure. He escaped from a Mexican prison in 2001 in a laundry cart and again in 2015 through a tunnel. After he was recaptured in 2016, he was extradited to the US to face American federal charges.

The high-profile trial centered on the struggles and actions of El Chapo -- meaning "Shorty" -- who came from humble origins in the heart of Mexico's rugged three-state Golden Triangle to become its most infamous native son.

The jury convicted Guzmán of all 10 charges against him. He is expected to serve out his sentence at the nation's most secure prison in Florence, Colorado.