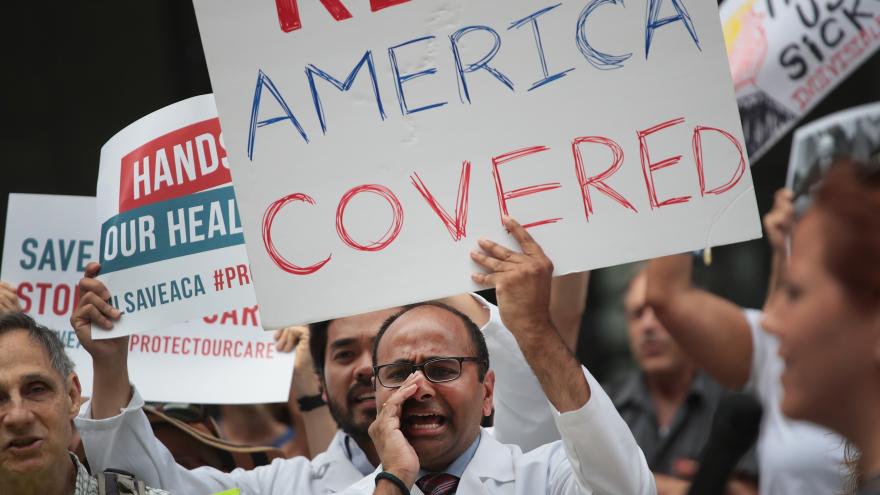 (CNN) -- A federal appeals court on Wednesday rejected a request to reconsider last month's ruling that declared the individual mandate of the Affordable Care Act unconstitutional.

In an 8-6 vote, judges on the 5th US Circuit Court of Appeals said the court would not rehear the case. A three-judge panel of the 5th Circuit, in a 2-1 split, had sided with Texas, other Republican states and the Trump administration in December by ruling against the President Barack Obama-signed health care law.

California and other Democratic-led states defending Obamacare have appealed the ruling to the US Supreme Court, which has denied a request to fast-track the appeal -- meaning it is possible a Supreme Court decision may not be issued until after the 2020 presidential election.

Wednesday's request for the 5th Circuit to reconsider the case en banc, meaning as a full panel rather than only the three judges, was made by one of the judges on the appeals court, who was not identified in the docket. All eight judges who voted against hearing the case were appointed by Republican presidents. Five of the six who said they would rehear the case were appointed by Democrats, including three by Obama.

The Affordable Care Act remains in effect as the appeals play out.