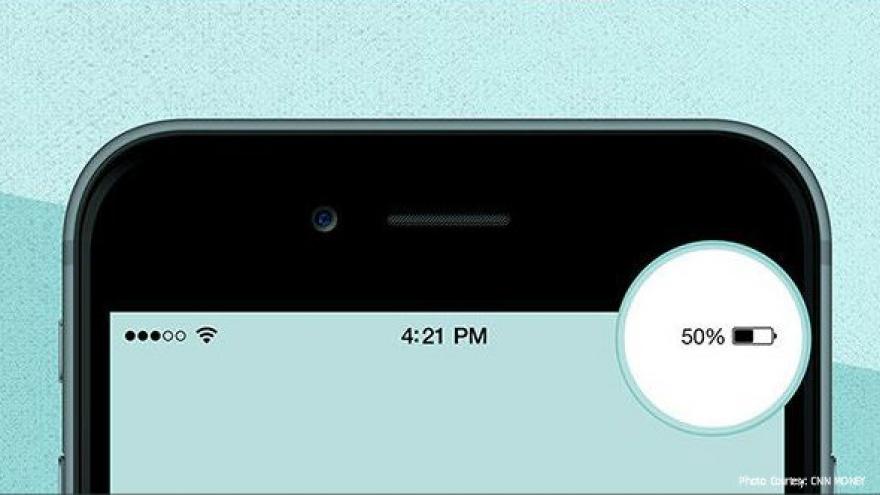 (CNN Money) -- Apple has apologized to customers for how it rolled out an update that can slow down older iPhones. It is offering cheaper battery replacements to make up for it.

In a lengthy message posted on its site Thursday, the company gave an in-depth explanation for the controversial update. To make amends, Apple will temporarily drop the price of replacement batteries to $29 starting in late January. The price will go back up to the usual $79 in 2019.

Customers are upset with the company over a software update that deliberately slowed down older phones in some situations to extend battery life. Some thought it was a ploy to get people to upgrade to new devices. A number of people have filed lawsuits over the feature and are seeking class action status.

The feature will stay on phones, but Apple says an upcoming iOS update will " give users more visibility into the health of their iPhone's battery." It did not say if it will give them the ability to turn the feature off or on.

"We know that some of you feel Apple has let you down. We apologize," said the message.

The company confirmed the slowdown last week, but said it was part of a power management feature meant to prevent older batteries from shutting down suddenly.

"First and foremost, we have never — and would never — do anything to intentionally shorten the life of any Apple product, or degrade the user experience to drive customer upgrades," the post said.

Related: What to do if you think Apple's slowing down your phone

A year ago, some iPhone users reported their devices were shutting down unexpectedly even when they showed some battery power left. It wasn't caused by defective batteries, according to Apple, but normal issues with aging lithium ion batteries.

To address the issue, Apple included an update in iOS that would slow down a phone during peak processing events to prevent the battery from shutting off. It affected the iPhone 6, iPhone 6 Plus, iPhone 6S, iPhone 6S Plus and iPhone SE. Apple later rolled out the same update for iPhone 7 and iPhone 7 Plus devices. It did not tell customers how the update worked at the time.

Apple says users began reporting slower performance in the fall, when iOS 11 was released. The company said it first assumed it was caused by a "normal, temporary" lag caused by a new operating system update, and small bugs in the iOS.

"We now believe that another contributor to these user experiences is the continued chemical aging of the batteries in older iPhone 6 and iPhone 6s devices," said the company.

Apple calls its lithium ion batteries "consumable components" in the post, meaning they're meant to be replaced. But because of the iPhone's design, the process is not as simple as popping in a fresh battery.

To switch out a battery on an iPhone, you have to go to an Apple retailer or ship your phone to Apple. You can also use a third-party service or order a kit to do it yourself, though those options will void an existing warranty.

Upgrading to a new battery will clear up any slowdowns related to the update, said Apple.