Apple just had a massive quarter thanks to the 5G iPhone 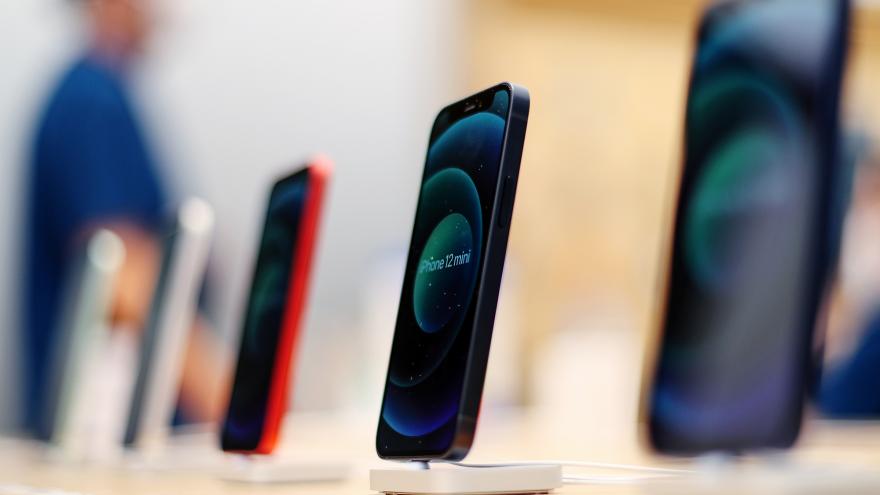 (CNN) -- Apple's steady stream of hardware upgrades and new services launched throughout the pandemic has held the company in good stead going into 2021.

The company on Wednesday reported revenues of $89.6 billion and a profit of $23.6 billion for the three months ending March 27, blowing past analyst forecasts. The company also authorized a $90 billion share buyback, it said.

"This quarter reflects both the enduring ways our products have helped our users meet this moment in their own lives, as well as the optimism consumers seem to feel about better days ahead for all of us," CEO Tim Cook said in a statement.

iPhone sales were at nearly $48 billion, a 65% increase over the same quarter last year, as consumers continued shelling out the big bucks to upgrade to Apple's first 5G smartphone lineup. The company's overall product sales were $72.6 billion, buoyed by the launch of new iPads, the Apple Watch Series 6 and an updated range of MacBooks with Apple's in-house silicon chips.

"Apple is in a period of sweeping innovation across our product lineup, and we're keeping focus on how we can help our teams and the communities where we work emerge from this pandemic into a better world," Cook added.

Apple's services revenue jumped around 27% to $16.9 billion, as new software products such as its Fitness+ program and its Apple One subscription bundle continued to gain traction.

The company recorded double-digit growth in each of its product categories, according to CFO Luca Maestri. iPad and Mac sales grew 70% and 79%, respectively, as people upgraded their work-from-home setups, with Mac sales setting a new all-time record.

"This quarter reinforces the fact that despite the pivot toward services, Apple remains primarily a hardware-driven company," eMarketer analyst Yoram Wurmser said in a note after the earnings.

Cook said he expects Apple's strong performance to continue even after the economy fully reopens and companies bring employees back to offices.

"It seems like many companies will be operating in a hybrid kind of mode and so it would seem that work-from-home and the productivity of working from home will remain very critical," he said. "All in all, we feel very, very good."

Apple unveiled several products and services at its "Spring Loaded" event last week, including a new lineup of iMac desktop computers, a long-rumored Bluetooth tracking device called AirTag, a podcast subscription service and a purple version of its iPhone 12.

Earlier this week, the company said it is doubling down on its US manufacturing and corporate presence with an additional $80 billion investment.

At the same time, Apple is facing several pressures from regulators and other tech companies. The iPhone maker is locked in a heated dispute with Silicon Valley peer Facebook over its new privacy requirements that threaten the social media company's core advertising business, as well as a legal battle over the App Store with Epic Games, the company behind popular video game Fortnite.

Apple's App Store is also under scrutiny from US lawmakers over antitrust concerns.