Apple plans to be totally carbon neutral by 2030 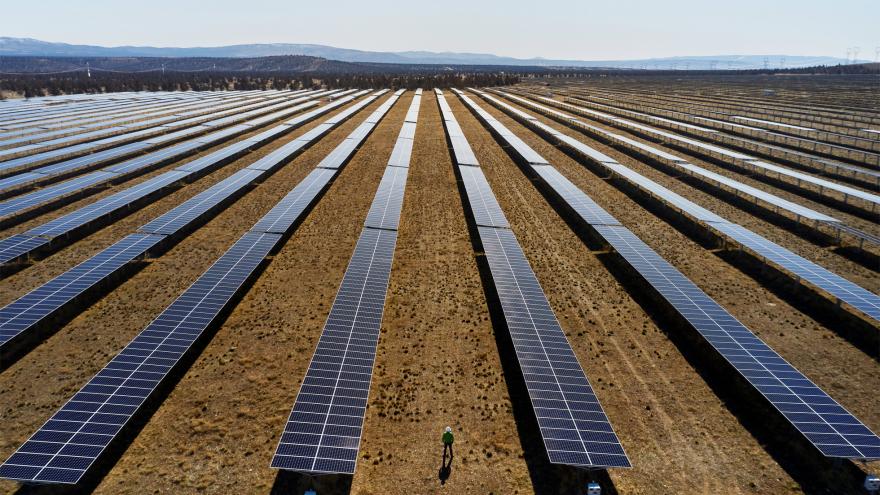 (CNN) -- Apple made a major commitment to fighting climate change Tuesday, announcing plans to be entirely carbon neutral by 2030. The pledge would cover its entire business, including its supply chain, manufacturing process, and the life of its products. An iPhone bought in 2030 will have net zero climate impact, including the energy a consumer uses to power the device, according to Apple.

Apple plans to achieve this by minimizing carbon in its products, using efficient and renewable energy, using different materials and removing carbon from the atmosphere, the company said.

"This is a moment not to move away from the great challenge of climate change," Lisa Jackson, Apple vice president of environment, policy and social initiatives, told CNN Business. "We wanted to step up and show we should all move even faster if we can because the situation is urgent and continuing to be more urgent."

Companies, including Apple competitors like Amazon, have increasingly made changes to go carbon neutral in the coming decades. But companies can sidestep climate impacts by outsourcing the dirty work to other companies. A company might buy steel rather than manufacturing it, given the related emissions.

Nives Dolsak, a University of Washington professor who studies climate change, said the trend of businesses making carbon neutrality pledges is a positive. But she's also been critical of Amazon's pledge, for example, and what emissions the company counts.

"It's not enough to say here are the targets and we are going to reduce emissions," Dolsak told CNN Business.

Apple says it has commitments from over 70 suppliers to use 100% renewable energy for Apple production. Jackson said the company hopes the announcement will rally more suppliers to work with it to limit their carbon footprint. Apple is also working with the US-China Green Fund to invest $100 million in energy efficiency projects for its suppliers.

Apple is already starting to change the materials it works with. Thecompany said Tuesday that it's begun to use a new type of aluminum to make its 16-inch MacBook Pros. No carbon is used when the aluminum is smelted, according to Apple.

Apple has also reduced emissions from gases used in manufacturing its electronics.

The company said it has a new robot that's designed to disassemble an iPhone component that contains valuable rare earth elements, which can be reused in future devices. According to Apple, all iPhones, iPads, Macs and Apple Watches released in the last year now have recycled rare earth elements.

It's also working with the environmental non-profit Conservation International on projects such as restoring a mangrove ecosystem in Columbia as well as a degraded savanna in Kenya. These efforts, and other carbon capture projects, would offset the carbon footprint of using Apple products, the company said.

But Dolsak cautioned that companies must share emission data so that scientists and non-profit organizations can review data and comment on the reliability of reporting methods.